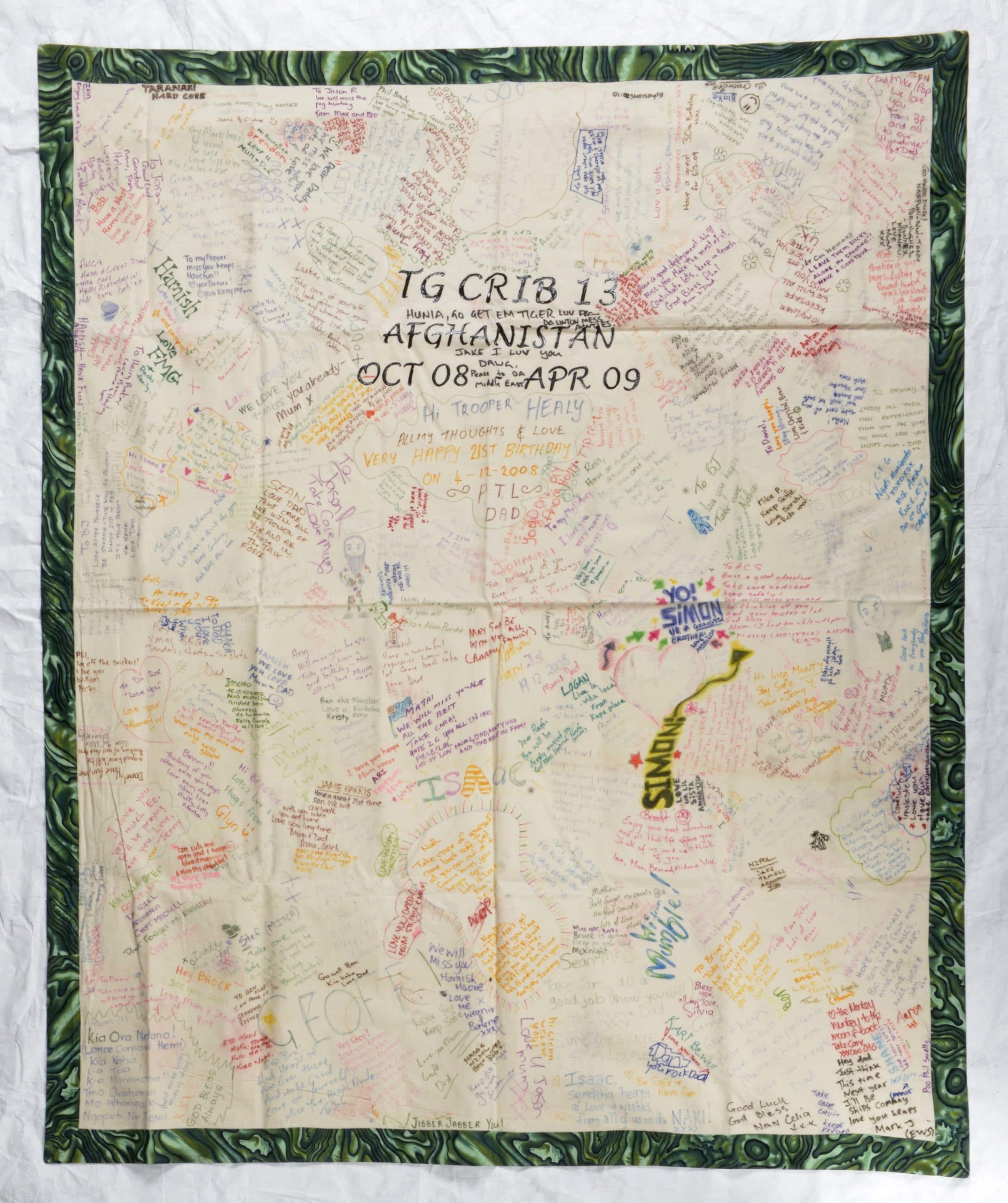 This banner was hung in the dining hall at Headquarters in Bamyan Province, Afghanistan, to surprise the CRIB 13 personnel when they arrived. Before each contingent arrived in Afghanistan, a banner was made for families to write messages to their loved ones.

‘Task Group CRIB’ referred to the New Zealand Provincial Reconstruction Team (NZPRT) serving in the Bamyan Province. Each 6 month rotation of personnel was given a consecutive CRIB number. Task Group CRIB 13 served from October 2008 to April 2009.

More than 3,500 Defence Personnel – a mixture of Army, Air Force and Navy – were deployed to Afghanistan from September 2001 to April 2013.

Donated by the New Zealand Defence Force via Lieutenant Gina Goodridge who served in Task Group CRIB 13 as a Logistics Officer.