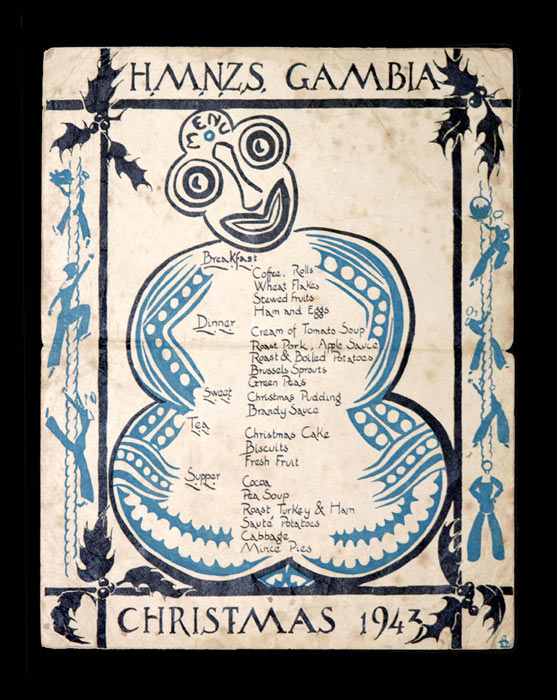 Fiji-Class Cruiser, HMNZS Gambia was commissioned for service with the Royal New Zealand Navy, 22 September 1943. She was employed in the Atlantic on anti-blockade runner duties. At the end of January 1944 she sailed to join the 4th cruiser squadron at Trincomalee, Ceylon (Sri Lanka).

Gambia represented New Zealand at the Japanese surrender, Tokyo Bay, 1945 and is reported to have fired the last shots of the Second World War at sea.

Menu created onboard HMNZS Gambia at Christmas 1943 during WW2