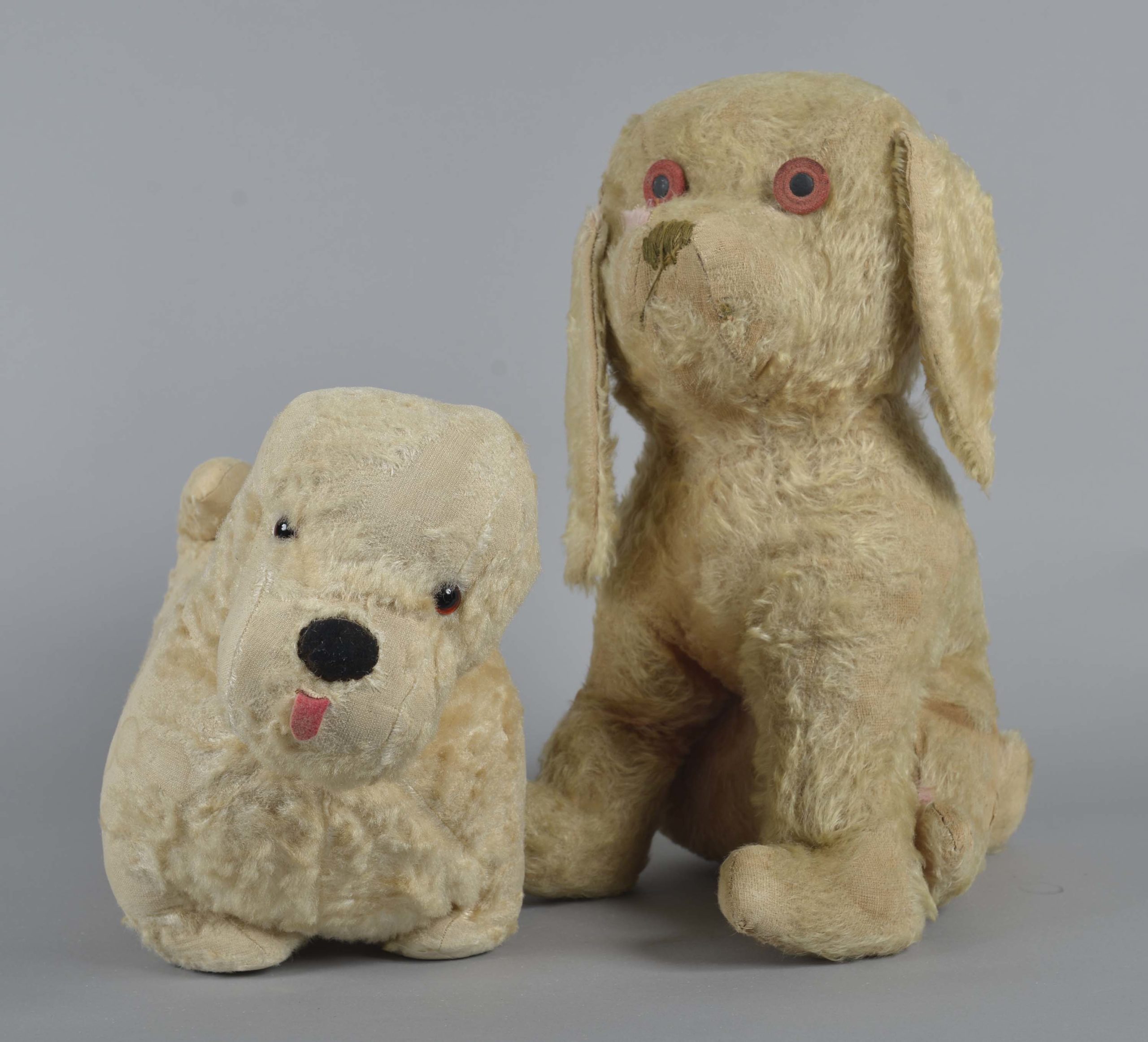 These two dogs were childhood toys of Vice Admiral Sir Peter Phipps and are believed to date from between 1910 and 1915. They are still in the condition in which we received them. Considering their age it is no surprise that they need some conservation work, to stop them deteriorating further. Professional conservators will be engaged to carry out this work.

The museum doesn’t usually accept objects into the collection that are not related directly to an individual’s naval service. However in some cases an individual is of such significance to the Navy’s story that we like to represent as much of their life as possible.

Sir Peter Phipps served in the Royal New Zealand Navy in World War Two, commanding HMNZS Moa during its attack on Japanese I-1 submarine. This story is on display in the museum. Among other achievements he was the first New

Zealander to command the naval base, HMNZS Philomel, and, in 1957, the first to be appointed to the New Zealand Naval Board.

Some sailors would write home every day whilst away at sea.