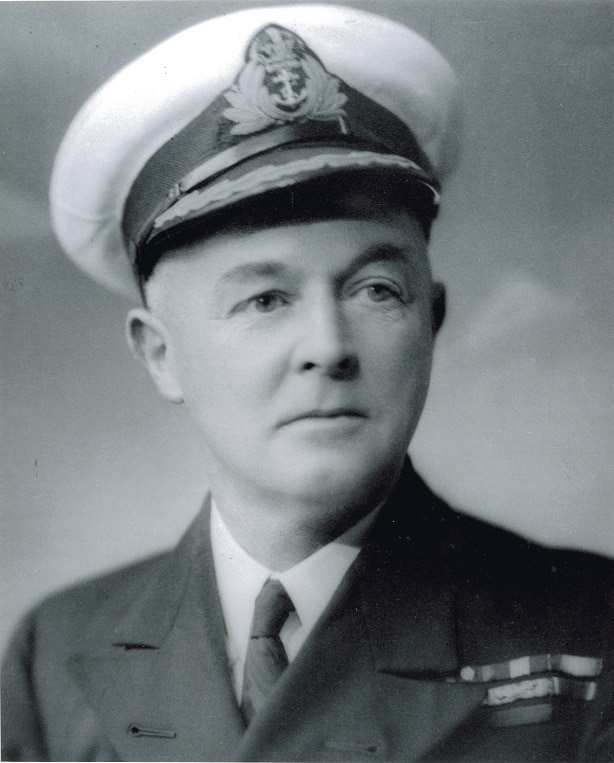 Olphert joined the Royal Navy Volunteer Reserve and volunteered for service in Q-Ships; these vessels were armed, but disguised so that they appeared to be harmless merchant ships, and easy prey to German submarines. The Wellington Division of the RNVR was named HMNZS Olphert in his honour in 1951.

Wybrants Olphert went to sea in 1893 aged fourteen as a cadet in the Merchant Navy training ship Worchester. In 1895 he joined the New Zealand Shipping Company as an apprentice officer and served in the sailing ship Rakaia that sailed between Lyttleton and Plymouth.

In 1902 he joined the Royal Naval Volunteer Reserve (RNVR) and commissioned as a Sub-Lieutenant. By the outbreak of the First World War, he had been promoted to Chief Officer in the Merchant Service.

As early as August 1914 he was warned to be ready for immediate service with the Royal Navy and on 9th November 1914 he was ‘called up by proclamation’ and placed in command of armed HMY Scaduan. Scaduan worked off the coast of Ireland on coastal patrols that became increasingly dangerous as Germany introduced mines, torpedoes and submarines into their warfare. On 21 June 1915, Scaduan encountered a German submarine 30nm off Fastnet and fired upon her before she dived. After a search for many hours proved unsuccessful, it was decided it had been a hit. Lieutenant Olphert was mentioned in Despatches and later awarded the Distinguished Service Cross (DSC).

He was promoted to Lieutenant as was posted to HMS Colleen, Actaeon and Pactolus, before taking command of HMY Pioneer II. During this time he was engaged in the salvage of the captured German ship Terpsichore.

Olphert volunteered for service in Q-Ships; these vessels were armed, but disguised so that they appeared to be harmless merchant ships, and easy prey to German submarines. He was appointed to command HMS Salvia, which was disguised as a Dutch tramp ship.  Salvia sank three German submarines before she herself was sunk by torpedo on 20th June 1917. Lieutenant Olphert was taken prisoner of war and spent eighteen months in a German POW camp. For his service in Salvia he was awarded the Distinguished Service Order (DSO).  He returned to London on 3 December 1918 and was awarded a Bar to his DSO.