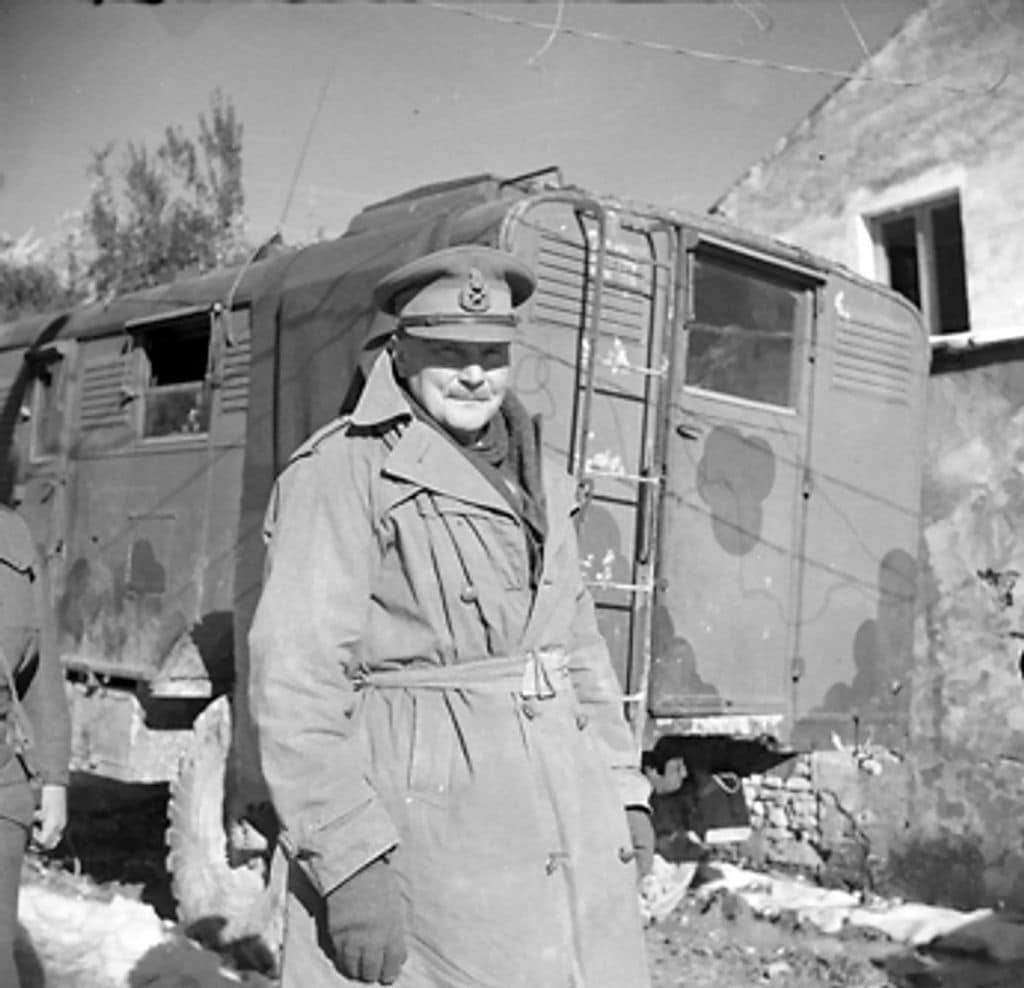 Lieutenant General Sir Bernard Freyberg was a dentist from Wellington who joined the Royal Naval Division in 1914, serving in Gallipoli and France, before transferring to the Royal West Surrey Regiment in 1916.

A very competent and courageous leader he was wounded several times and during the WWI. He was awarded the Victoria Cross, made a member of the Order of St Michael and St George and the Distinguished Service Order, with two bars.

He commanded the 2nd New Zealand Expeditionary Force in WWII and was later Governor General of New Zealand.

Bernard Cyril Freyberg was born at Richmond, London, on 21 March 1889. The youngest son of James Freyberg, a surveyor, and his wife, Julia Hamilton and came to Wellington with his family in 1891.

At school he was more adept at sports than academics and was a champion swimmer. Leaving school and on completion of his apprenticeship, became a dentist in 1911.

Bernard left New Zealand in March 1914 and was in Mexico when war broke out and the immediately travelled to England and was granted a commission in the Royal Naval Division, being appointed to Hood Battalion.

He was part of the Division when it took part in the unsuccessful attempt to defend Antwerp in October 1914. The Division re-formed after this expedition and more fully trained was despatched to the eastern Mediterranean for the Gallipoli campaign.

Appreciating that a planned diversion by a company of his battalion would result in heavy casualties, Bernard volunteered to undertake the task alone.

At 10.00pm on the night of 24 April painted black and covered in grease, he was taken towards the enemy shore in a ship’s boat.

The night was cold, with a touch of frost and by a miscalculation he was dropped 2 miles (3.2km) off shore, to swim, towing a small raft, to the land. By midnight he was ashore and began lighting flares to simulate a landing.

Fire was immediately opened in his direction by machine guns and from picket boats patrolling the coast and to compound his situation British warships began to bombard the enemy positions now revealed.

Nevertheless he was able to light several flares before taking to the water to return to his ship. After a further two hours swimming he was miraculously picked up, exhausted but still alive. For this he was made member of the Distinguished Service Order (DSO).

Bernard took part in the heavy fighting in late April and May and in June, by now a Lieutenant Commander he was appointed to command Hood Battalion, and in September promoted to Acting Commander.

He was wounded in June and again in July, but remained with the Battalion until the evacuation in January 1916. After a short spell in the eastern Mediterranean the Royal Naval Division arrived in France in May, to be redesignated 63rd (RN) Division.

At this time Bernard transferred from the Royal Naval Volunteer Reserve to the Queen’s Royal West Surrey Regiment, but remained in command of Hood Battalion, which with Division was in the front line by mid-July.

During this battle, under trying circumstances Bernard displayed outstanding leadership and personal courage, which enabled the Division to achieve two key objectives of the attack. In recognition of this he was awarded the Victoria Cross (VC).

He was also severely wounded and had to be evacuated to England, from where he did not return until February 1917.

Soon after returning to France Bernard left the Royal Naval Division and took command of an Army brigade with the rank of Brigadier, at the age of 28.

In September he was badly wounded again and did not return to duty until January 1918, subsequently being awarded two bars to his DSO, having been made a Commander of the Order of St Michael and St George (CMG) in 1917.

Two elder brothers did not survive the war, Oscar being killed with the Royal Naval Division on Gallipoli and Paul in France in 1917.
After the war, Bernard remained in the Army and in 1939 was appointed to command the 2nd New Zealand Expeditionary Force, a position he held throughout the Second World War.

Between 1946 and 1952 he was Governor General of New Zealand, being raised to the peerage as Baron Freyberg ‘of Wellington, New Zealand and of Munstead in the County of Surrey’.

He died at Windsor on 4 July 1963 as a result of a rupture of one of his Gallipoli wounds.