( Find out more about Past Exhibitions ) 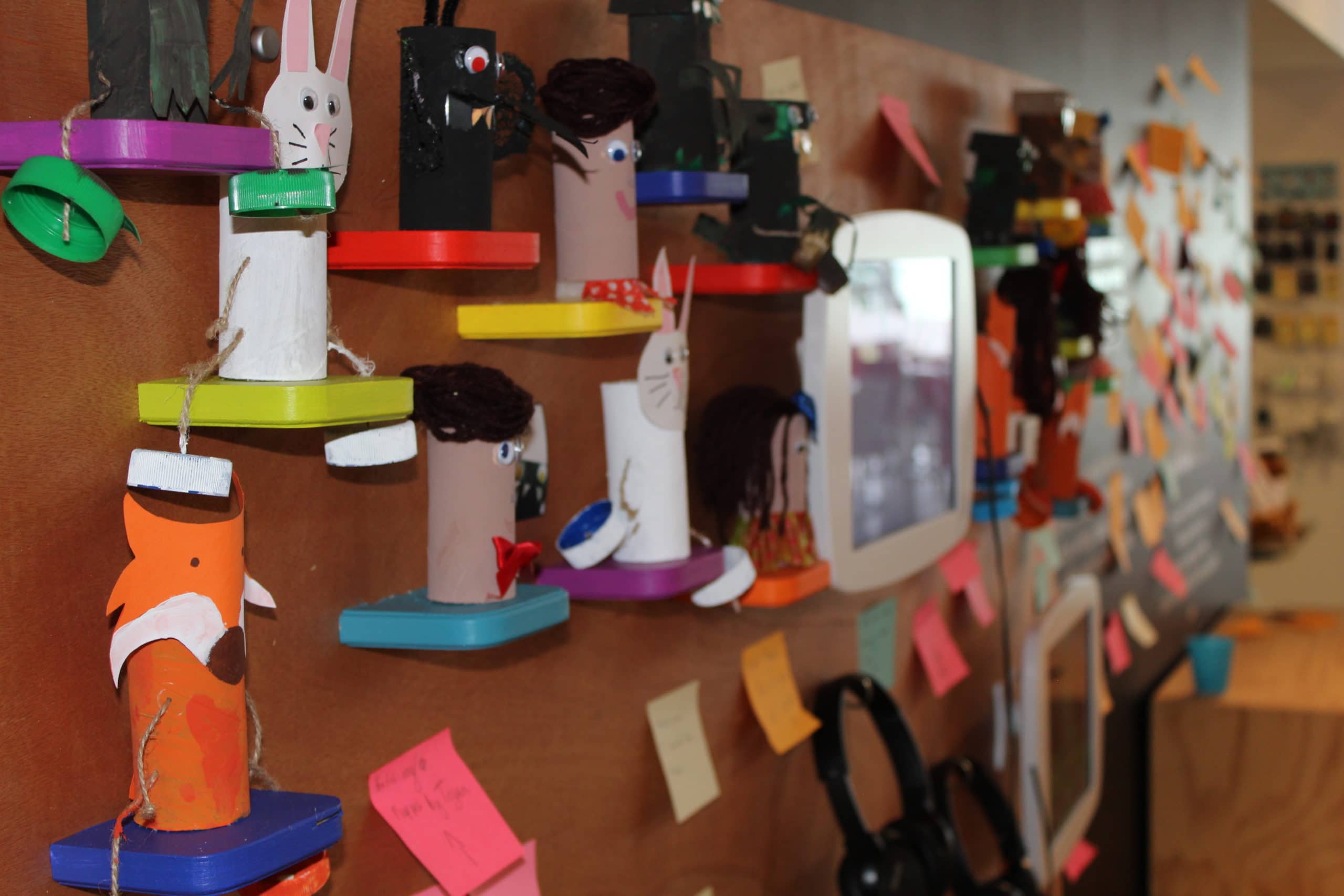 Bravery and courage were the focus for an innovative, collaborative exhibition at the National Museum of the Royal New Zealand Navy in 2017/18. Kids Create – Bravery showcased works by over 100 year three and four, Takapuna Primary school children.

The young artists participated in six workshops over four months, facilitated by museum educator Emma, exploring the concepts of bravery and courage. A visit to the museum and an introduction to the story of William Sanders VC provided the perfect starting point for students to begin their exploration of bravery and courage. The school has a special connection to William Sanders. He was a pupil there in the 1890s, and is commemorated on the memorial gates and in an outdoor exhibition.

2017, marked 100 years since Sanders received his VC. The centenary of this event, and Sander’s death later that same year, were the catalyst for the museum’s Courage Project which included the Kids Create – Bravery exhibition. Hear what our young artists had to say about their creations…

During one workshop, the children worked with the Museum’s collection team finding out how they work with artefacts, and carrying out their own artefact investigation. Back in the classroom, children were challenged to look at their own experiences of bravery and courage, sharing examples of when they have been brave – taking learning risks, trying new food, climbing the spider web in the playground, first day at school etc. and then turning them into pictorial responses.

Acting Petty Officer and RNZN 2016 Sailor of the Year, Jo Stewart’s visit to the school was a huge hit with the children. Jo shared stories of her life in the Navy, answered questions and talked about when she has needed to show courage.

Using an inquiry based approach, the children with the help of their teachers and the Museum team, turned their personal responses to bravery and courage into a wide range of art works using a variety of media. One class chose to look at themselves and their ancestry as a source of strength, creating Kōwhaiwhai patterns that were reproduced as wallpaper in the exhibition.

Pop art influenced by Roy Lichtenstein was the focus for another class, who created super heroes depicting a courageous act. Poetry exploring how bravery looks, smells, tastes, feels and sounds was displayed for visitors to enjoy, interact with and to recreate their own poems.

Puppets took centre stage in another area of the exhibition and were used by the children to create a series of animations, each telling a story of courage.  Adding a personal touch, another class selected objects that helped them feel brave and then thoughtfully displayed them, ready to be discovered by visitors to the exhibition.