( Find out more about Photographs ) 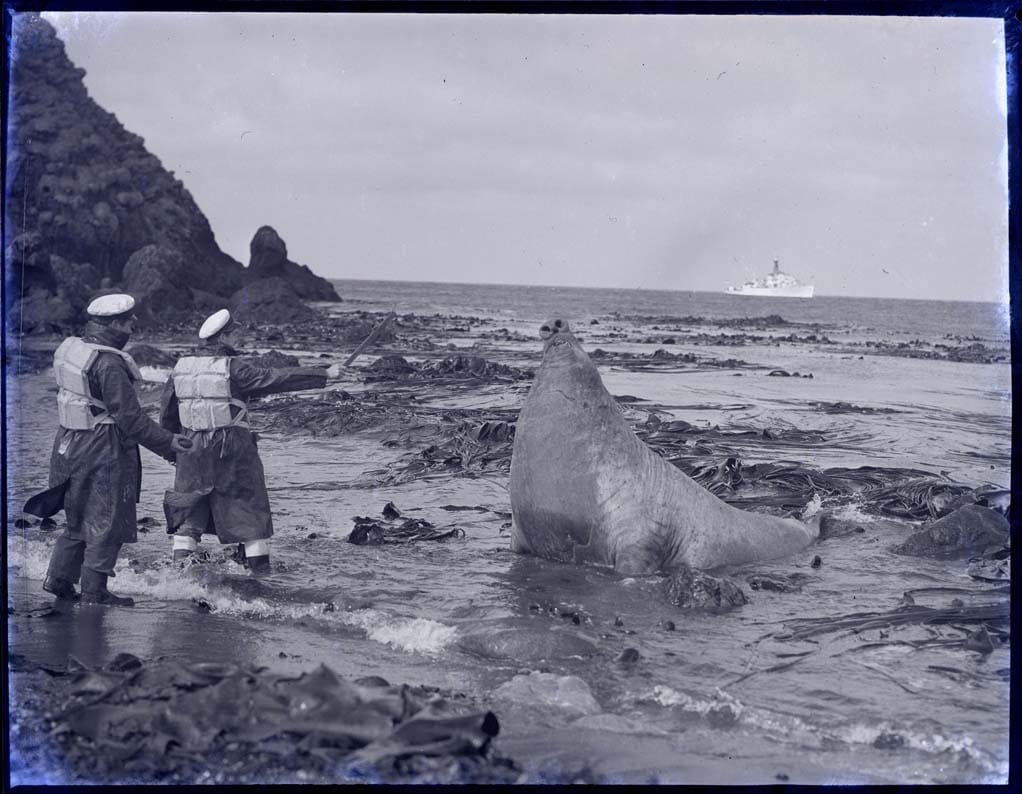 Reference no. 2013_70_1151
Tudor Collins - Macquarie Island
In September 1950 the Royal Navy frigate HMS St Austell Bay, delivered a load of supplies to Macquarie Island and Tudor Collins went along to document the trip.
HMS St Austell Bay was on a six month exchange with the New Zealand Navy and called in at several NZ ports on its way south.
At Macquarie Island she anchored safely offshore,  ferried the fuel and supplies ashore in the ship’s boat, and wined and dined the bearded scientists in the ship’s wardroom before leaving them to their southern ocean solitude.
The prolific population of elephant seals not only occupied most of the beach area but also appear to consider the human camp as their neighbourhood as well.
They were hunted almost to extinction in the 1800’s, but now number around 80,000 and with the island being only 34km long the phase, “cheek by jowl”, takes on a whole new meaning.
Macquarie Island has been a permanent base for the Australian Antarctic Division since 1948 and is now a listed UNESCO World Heritage Site.
These images from the camera of Tudor Collins show the harsh terrain of this island located half way between New Zealand and Antarctica.
They capture the unloading of stores onto the beach, dodging elephant seals and breaking waves, and the handful of hardy workers who manned this windswept southern island.
Judging by his photographs of the camp, this place was definitely no Club Med!