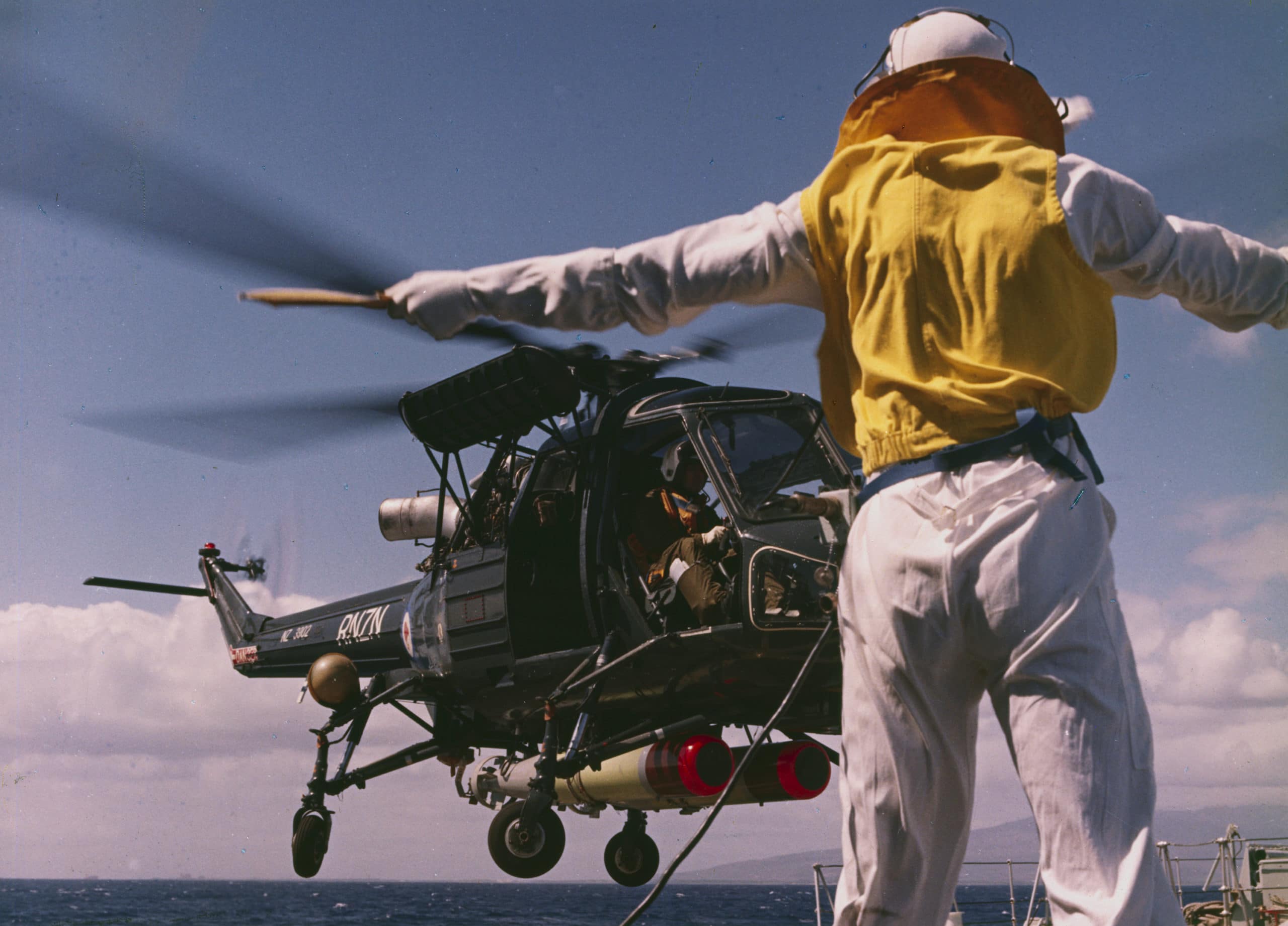 The naval aviation horizon brightened considerably in 1966 with the commissioning of HMNZS Waikato in September.

The Waikato, a Leander-class frigate, was a modern vessel with many improvements over her predecessors, the Type 12; but her biggest weapons improvement was the provision of a Westland Wasp helicopter.

The Wasp was originally a private venture by Saunders-Roe in 1957, but its development path goes back much further.

In 1951, Saunders Roe acquired the Cierva Autogyro Co. as part of a post war diversification away from flying boats.  In that takeover they acquired the W.14 Skeeter which was developed for the British Army.

Working on experience gained from the Skeeter, the P.531 was developed.  The prototype first flew on July 20, 1958.

A Nimbus powered version flew on August 9, 1959.  Westland then acquired Saunders Roe, parallel development of a general purpose helicopter for the British Army and the Royal Navy led to the Scout/Wasp.

The Scout was configured as a five-seater with skid undercarriage, whereas the Wasp features a quadricycle undercarriage and folding elements (tail and main rotors) to enable shipboard stowage.

The pre-production Scout flew on August 4, 1960, with the first production model being tested on March 6, 1961. The prototype Wasp became airborne on 28 October 1962.

The arrival of the helicopter provided the New Zealand Naval Forces with a small air arm for the first time since Achilles and Leander’s Walrus amphibian of the 1940s.

Two Wasp helicopters were ordered in May 1965 for the Waikato, one coming to New Zealand with the ship in October, the other as cargo in an Air Force Hercules transport in December.  A third was ordered in 1970 for HMNZS Canterbury.

Between them they formed the Naval Helicopter Section, Helicopter Support Flight, No. 3 Battlefield Support Squadron, RNZAF.  The squadron was an example of co‑operation among the three Armed Services, with the Air Force providing training for Navy and Army pilots and maintenance for Wasp and Sioux helicopters.

The Air Force also provided the aircraft maintenance staff that went to sea in the Waikato to service the helicopter on board.  It was a similar arrangement to the one in which the NZPAF maintained the Walrus amphibians carried by the cruisers Achilles and Leander, and one which continues to this day.

The Westland Wasp helicopter was capable of carrying two homing torpedoes to deal with hostile submarines. The advantages of this new weapon system were obvious.

Previously the anti‑submarine attack capability with the mortars was limited by the maximum range of the weapons.  The Wasp, with its operating speed of 90 knots, extended engagement ranges from hundreds of yards to miles, thus opening up a whole new chapter in anti‑submarine warfare.

It did rely upon the ship for targeting data and range was restricted when carrying the weapons.

The Wasp helicopter, besides its anti‑submarine role, enhanced the ship’s capabilities in many other ways, including casualty evacuation, vertical replenishment, training and reconnaissance.

One of the more obscure duties was being used for aerial spraying on Raoul Island in 1975! Six more Wasps ‑ four flyable airframes and two spares ‑were purchased in October 1981 for two second‑hand frigates, Wellington and Southland, purchased from Britain.

NZ3903 was written off after ditching due to engine failure in the Waitemata harbour in 1973.  NZ3904 was written off in 1992 when it crashed after ingesting a tarpaulin while landing at Taupo.

One other aircraft, NZ3901, has been lost, having ditched in the Hauraki Gulf in 1993.  However, at least six Wasps were needed for the navy, and an old British attrition airframe, XT782, was acquired in 1993 for rebuilding to New Zealand standards using parts of the crashed NZ3901 and NZ3904.

The process was not straightforward.  Extensive corrosion was found in the fuel tank bays, evidently from a 25‑minute salt‑water deluge it received from fire fighting sprinklers while in Royal Navy service.  This took some time to put right, but the Wasp, NZ3909, entered service without further problem in July 1994.

Proof that heroism is not confined to wartime deeds came in November 1979, when the frigate Waikato and her Wasp helicopter went to the aid of an injured Russian seaman on board the Soviet trawler Ardatov in foul weather about 300 miles south‑east of Bluff.

The man who flew the Waikato’s Wasp, Lieutenant Joe Tunnicliffe, as he was popularly known, was awarded the Air Force Cross for ‘his skilful and courageous flying’.

The two men who were winched on to the deck of the Ardatov, Medical Chief Petty Officer Bill Filmer and Sergeant Barry Woodcock, RNZAF, were also decorated, Filmer with the British Empire Medal and Woodcock with the Queen’s Medal for Bravery.

The fourth man in the Wasp team, Sergeant Bob Foreman, RNZAF, was awarded the Queen’s Commendation for Bravery.

The aircraft were also involved in operations in the Arabian Gulf as part of the Multi-National Interdiction Force in the 1980s and in 1996.  During the 1990s aircraft provided assistance for peace support operations off Bougainville and Papua New Guinea; NZ3907 operated from HMNZS Canterbury in the high vis red scheme resulting in the nickname ‘orange sprat’, as the larger UH-1H aircraft were termed ‘orange roughy’.

Nicknamed the ‘parrafin pigeon’ in service, a total of nine of these aircraft (NZ3901-3909) have been operated for the Royal New Zealand Navy since 1966; an additional nine were purchased as spares.

The aircraft were officially retired on April 9, 1998, as the Navy acquired Kaman Seasprites to equip the ANZAC frigates coming on line. 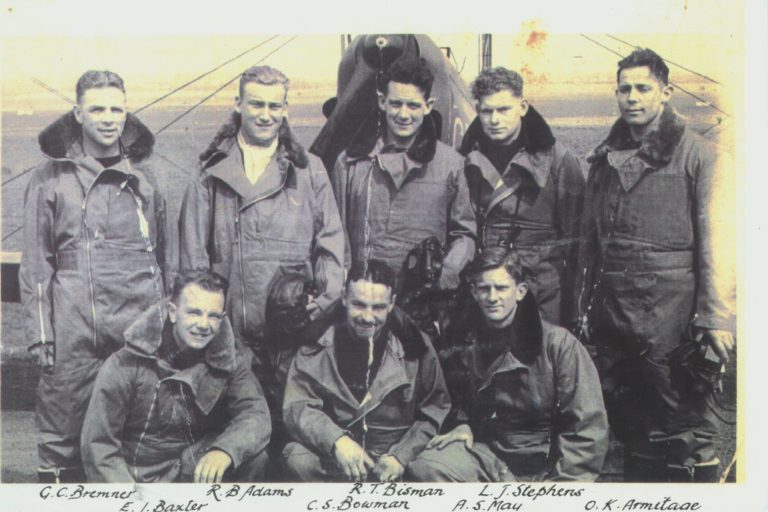 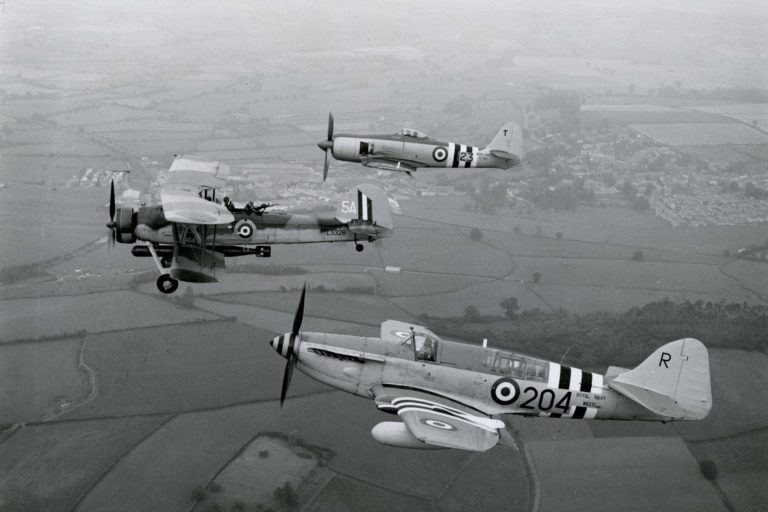 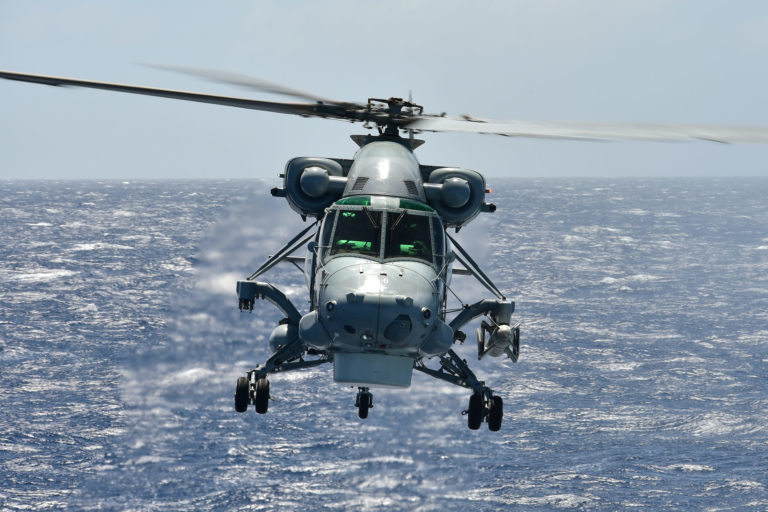