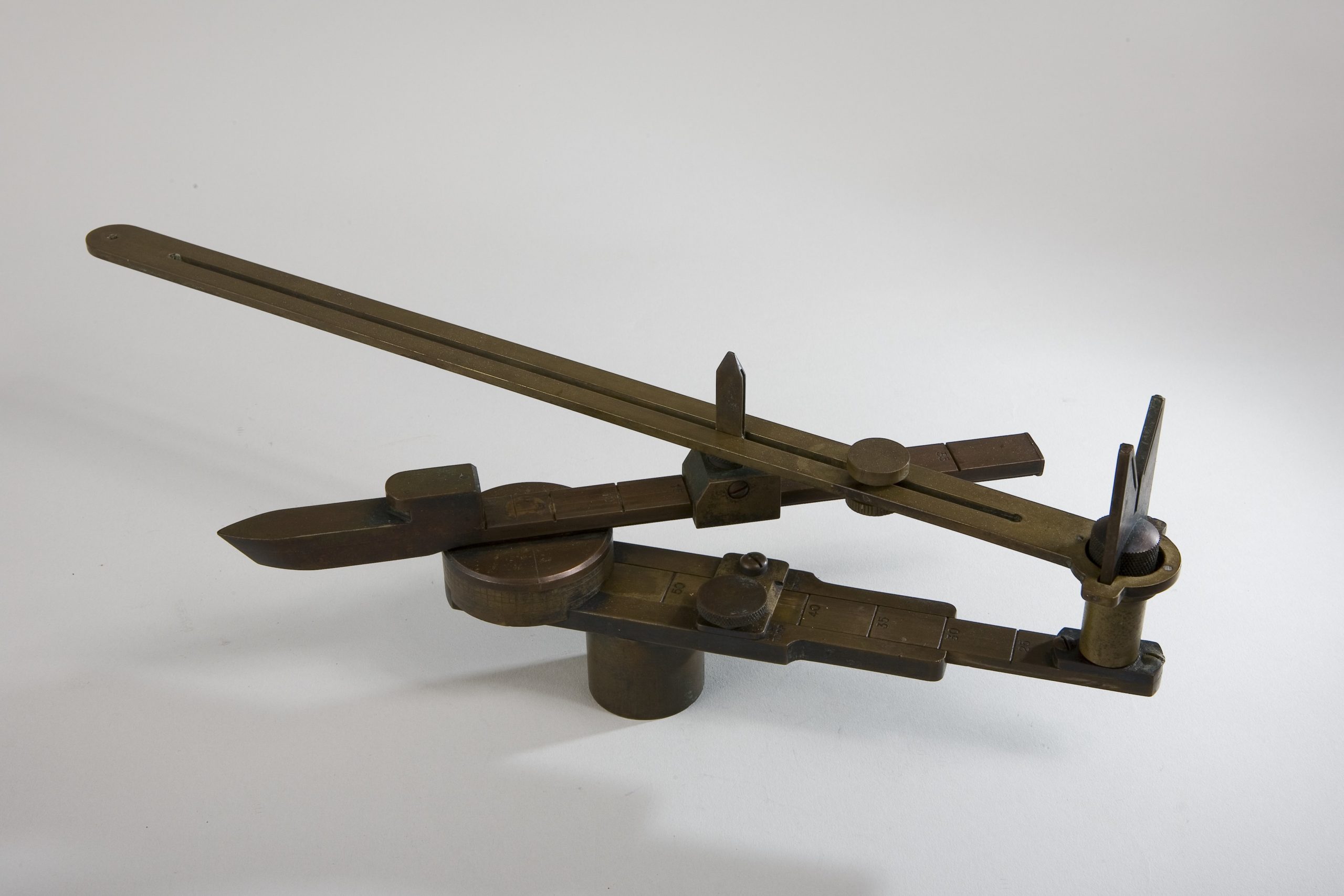 Invented by Lieutenant Commander George J. Macdonald DSO DSC & 2 Bars MID, the torpedo sighting device as on display in the Museum, was developed for use aboard Motor Torpedo Boats. It developed to improve the accuracy of firing torpedoes and was used as follows:

A simple, non-electro-mechanical tool that took moments to use, acknowledging the loss of night vision due to the use of tracers.

It was mass produced by the Royal Navy.  But most importantly, you had to be familiar with your ship to use it correctly.

Can you imagine trying to do this on a dark night in the English Channel, in a Motor Torpedo Boat with the German’s firing at you?