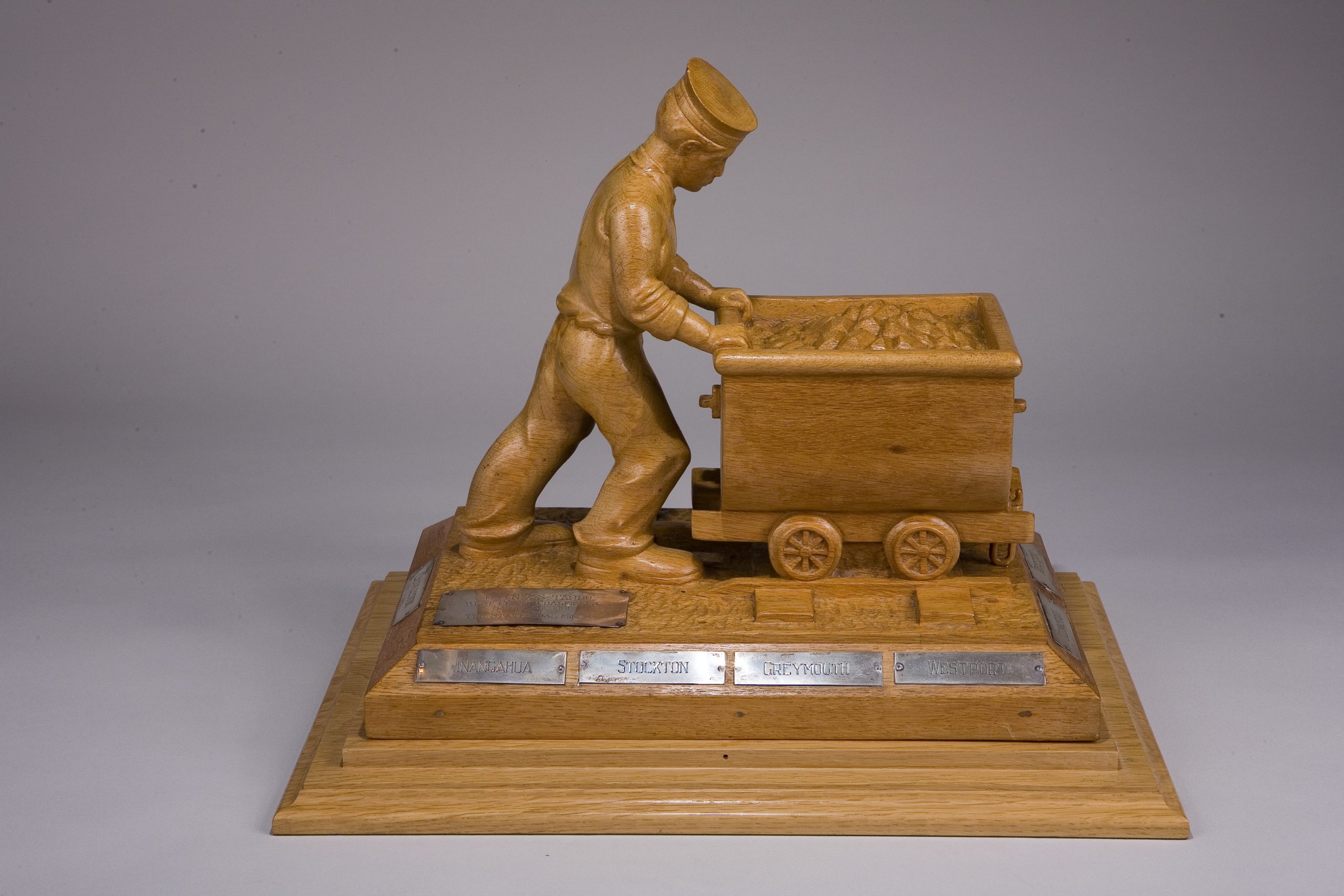 This wooden carving of a rating pushing a coal truck was presented to HMNZS Taupo by the Watersiders Employer Federation ” in recognition of RNZN’s assistance in the 1951 strike”.

The strike was one of the most dramatic and costly labour disputes in New Zealand history. The catalyst for the dispute was the February 1951 “lock out” of waterside workers by ship owners. The watersiders had called a stopwork on working overtime in protest over the amount of a pay increase they’d been offered. Ship owners considered this ban on overtime an “illegal strike”.

The government of the day agreed.

The new Public Safety Conservation Act allowed for an emergency to be declared, and the Armed Forces called in, if unrest threatened ‘essentials of life’ such as food supply and power. On 22 February the state of emergency was declared by Prime Minister Sid Holland, The strike then escalated, with miners, divers and hydro-electric workers supporting the watersiders, some 22,000 workers in all.