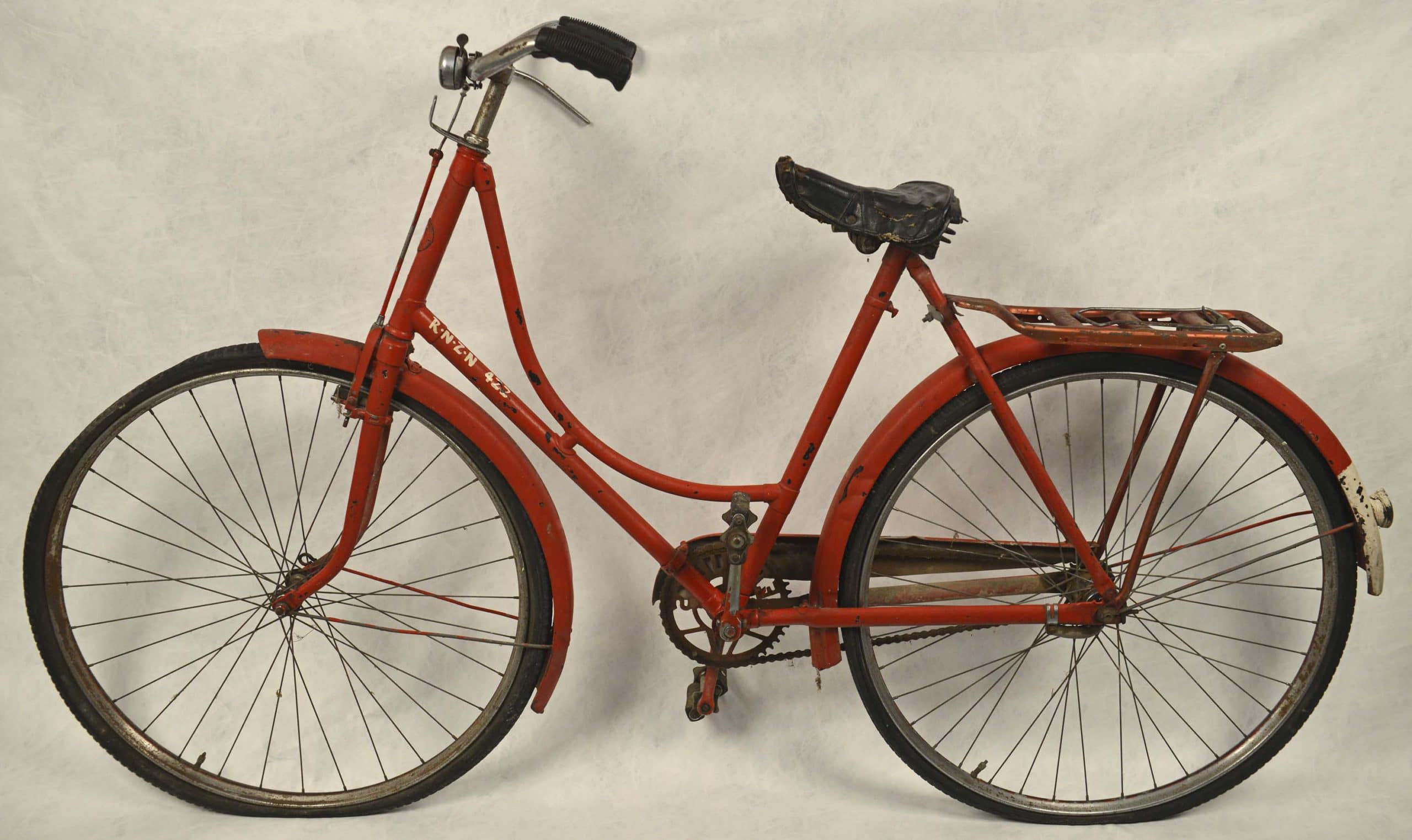 This red women’s bicycle was donated to the museum in 2015. Painted on the bike is its Naval Stores number ‘RNZN 422’. Although the bike was purchased from a civilian surplus store sometime between 1945 and 1948, we know it was used by the Navy because of its stores number. The donor purchased the bike in the small central north island town of Taumarunui, close to Mount Ruapehu. How did a RNZN bike end up in the middle of the North Island so far from the sea?

It can be quite surprising to find out that during the Second World War there were Navy personnel stationed at Waiouru, near Mount Ruapehu. However, those working in Waiouru were in fact working at a wireless telegraph station.

During the war, the Combined Services Wireless Station was the RNZN’s direct link with the Admiralty in London and naval bases in Canada, Bombay, East Africa, Australia, and the United States. The Waiouru station also acted as part of the administrative signals network for the British Pacific Fleet (BPF) in Japanese waters. Teleprinter landlines fed the signals to the Navy Office in Wellington. Just over half of the staff at the station were Wrens from the Women’s Royal New Zealand Naval Service (WRNZNS). Approximately 80-90 Wrens served at the station with 60-70 male officers and ratings. Due to the location of the station, the work was a critical part of the Allied radio network in the Indo-Pacific region.

The Wrens at Waiouru were handpicked to serve there and worked as telegraphists, store clerks, cooks, stewards, cleaners, telephonists, drivers, teleprinter operators, the secretary and the sick bay tiffy (naval speak for a sick bay attendant). A reasonable explanation is that the red bicycle was used by a Wren when she was stationed at Waiouru during the war. The bicycle has come to represent a fascinating story in WRNZNS history.

When the war ended the Wrens based in Waiouru were demobilised. We believe that this how the bike fell into civilian hands, and ended up at a nearby surplus shop in Taumarunui so soon after the war. The Waiouru Naval Wireless Telegraph Station was eventually commissioned HMNZS Irirangi in 1951 and remained operating until 1993.