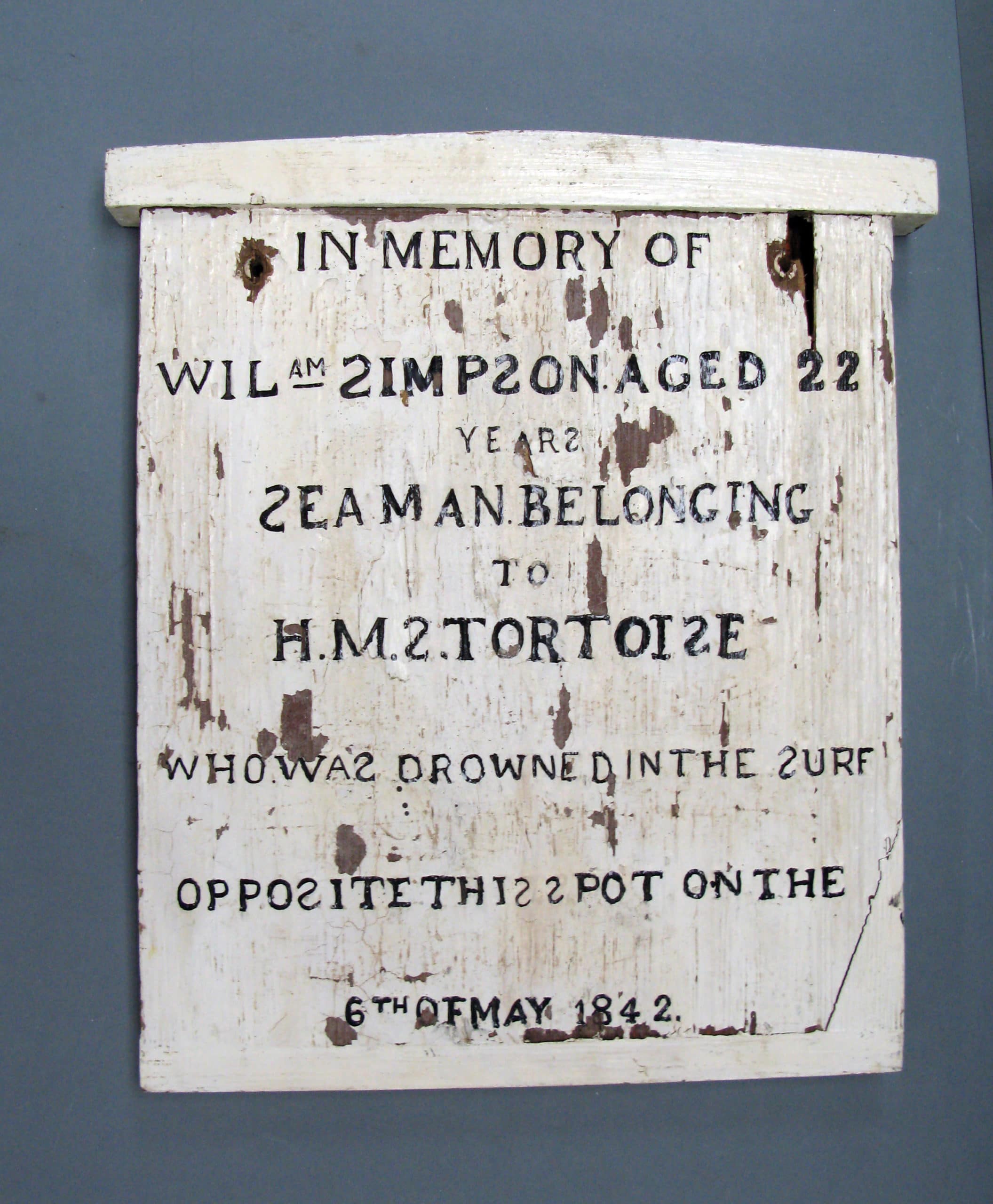 On 6 May 1842, a jolly boat similar to a cutter, from the store ship HMS Tortoise, was coming into the beach off Coromandel to offload provisions for the timber camp ashore. Unfortunately she overturned in the surf at Te Karo Bay and 22 year old William Simpson drowned. William Simpson’s body was recovered and he was buried at one end of the beach. His grave remains there to this day and has been maintained and upgraded by the New Zealand Navy. The grave marker has been replaced several times.

HMS Tortoise had been commissioned into the Royal Navy as a store ship in 1807. She displaced 900 tons and had a ship’s company of 80 officers and ratings. She had departed England in October 1841, carrying convicts for the penal colony at Tasmania, arriving there in February 1842.

On March 9 1842, she sailed for New Zealand to collect the wooden spars that the ill-fated HMS Buffalo had previously been tasked with carrying. Buffalo had been lost in a storm in 1840 off Whangamata. Tortoise was also charged with recovering the anchors from Buffalo.

James Wood who had previously commanded Buffalo was placed in command of Tortoise. He had been found blameless for the loss of one of Her Majesty’s Ships (Buffalo) and given a chance to redeem himself.

Tortoise arrived back in England with the anchors and wooden spars in October 1843. So, why send a ship to a far off place to collect wooden spars? In the sailing Navy, wooden spars were, to use a modern term, consumables that constantly needed replacing and therefore valuable pieces of kit.