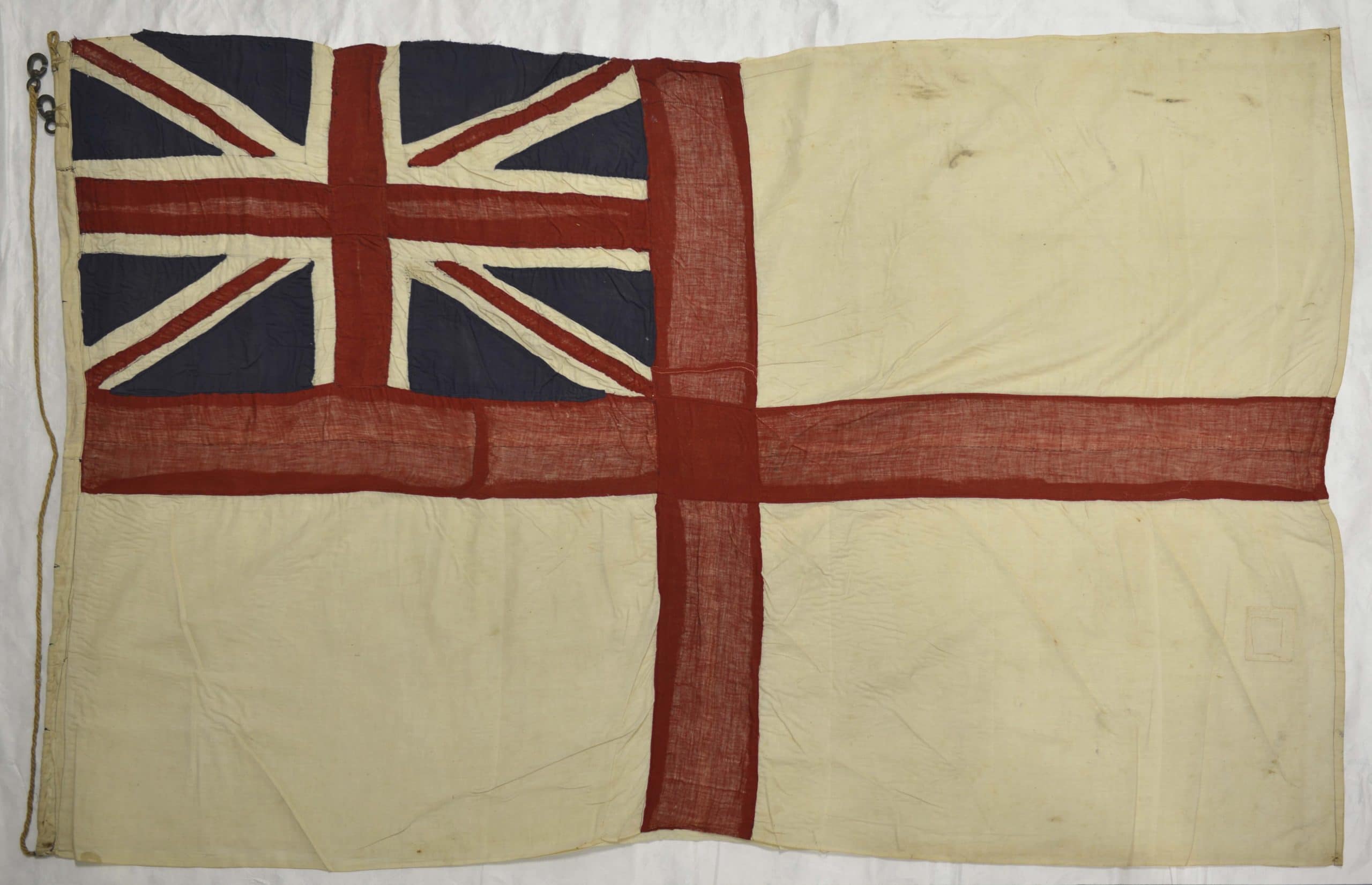 Reference no. FT 0210
White Ensign made by Kiwis in a Japanese POW Camp.

This White Ensign was made by New Zealanders interned at Cycle Camp, a Japanese prisoner of war camp in Batavia (now Jakarta), Indonesia. It was flown when the Japanese surrendered at the close of the Second World War.

Eighty New Zealand officers and ratings were naval prisoners of war (POWs) during the conflict. Sixteen were captured by the Germans, later returning safely to New Zealand.

Those held in the Philippines, Malaya, Java and Borneo and other islands in the South Pacific were Japanese POWs. Considering them dishonoured soldiers, the Japanese had little interest, in their living conditions. Of the 64 New Zealand men held by the Japanese, fourteen died while in captivity.

This flag was donated by the son of Lieutenant Commander N.V.J.T Thew, DSO, who was the Commanding officer of HMS Jupiter. He was captured following the loss of his ship in the Battle of the Java Sea in February 1942.