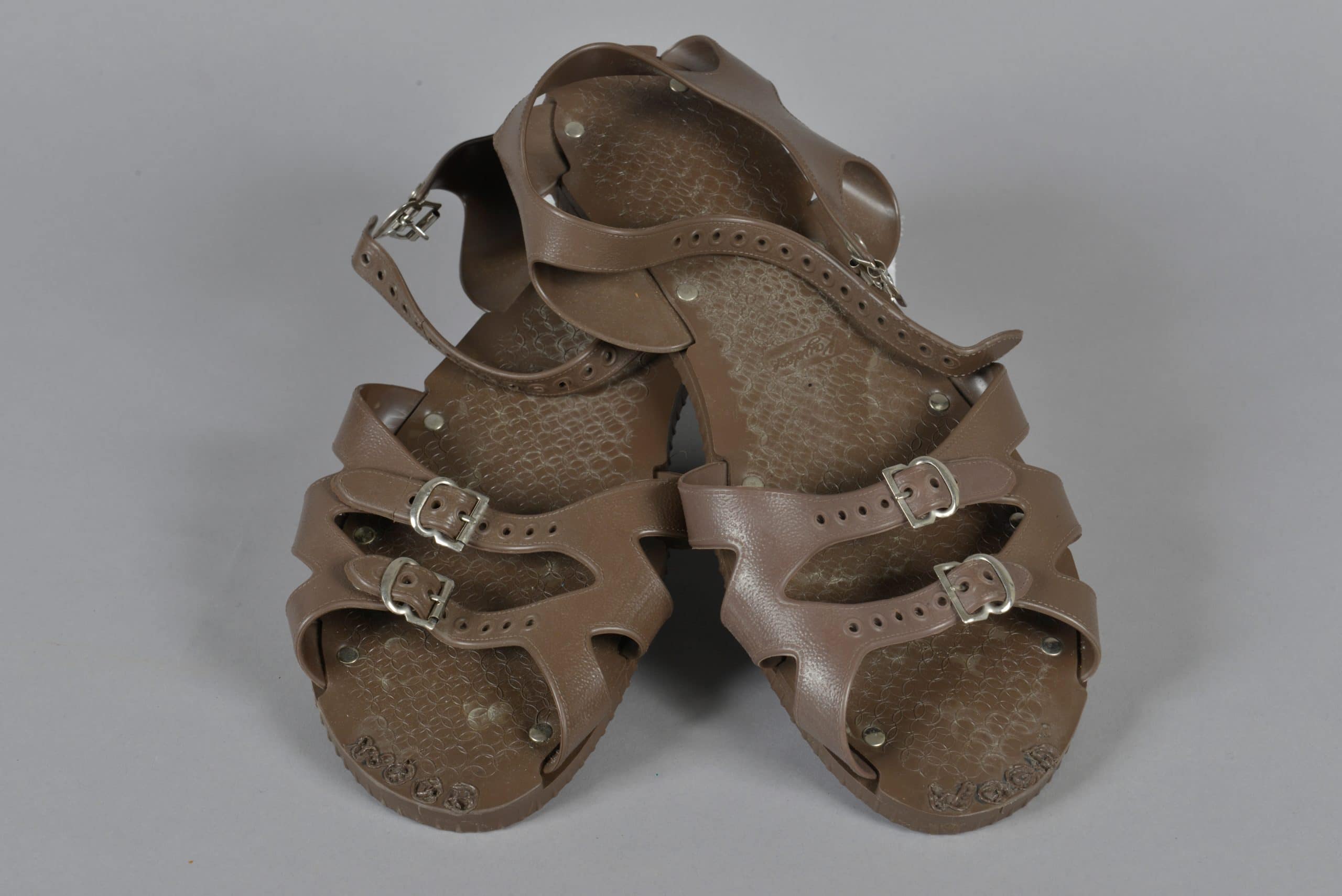 Fifty years of sailors in the Royal New Zealand Navy will recognise these brown PVC sandals. No one’s sure why, but possibly because they’re made out of plastic, they were widely referred to as ‘placky sandals’.

Everyone wore plackys everywhere on board ship (it was forbidden to wear them ashore).

They formed part of a summer uniform called 10As and 10s, which was either a blue shirt, blue shorts and sandals or white tropical shirt, white shorts and sandals. No socks were worn with the sandals in either uniform, confirming a long-held belief that the Navy is comprised of an exceptionally stylish bunch of people.

And if you doubt that plackys were worn everywhere on board, they were also worn in the shower. This was not for sartorial reasons, but rather to stop the spread of Athlete’s Foot, the highly irritating fungal infection.

The RNZN stopped issuing these particular sandals in 2012 due to the closure of Kaydees, the company who manufactured them.

– From exhibition booklet: 75 Years 75 Objects – an exhibition about the Royal New Zealand Navy, 2016