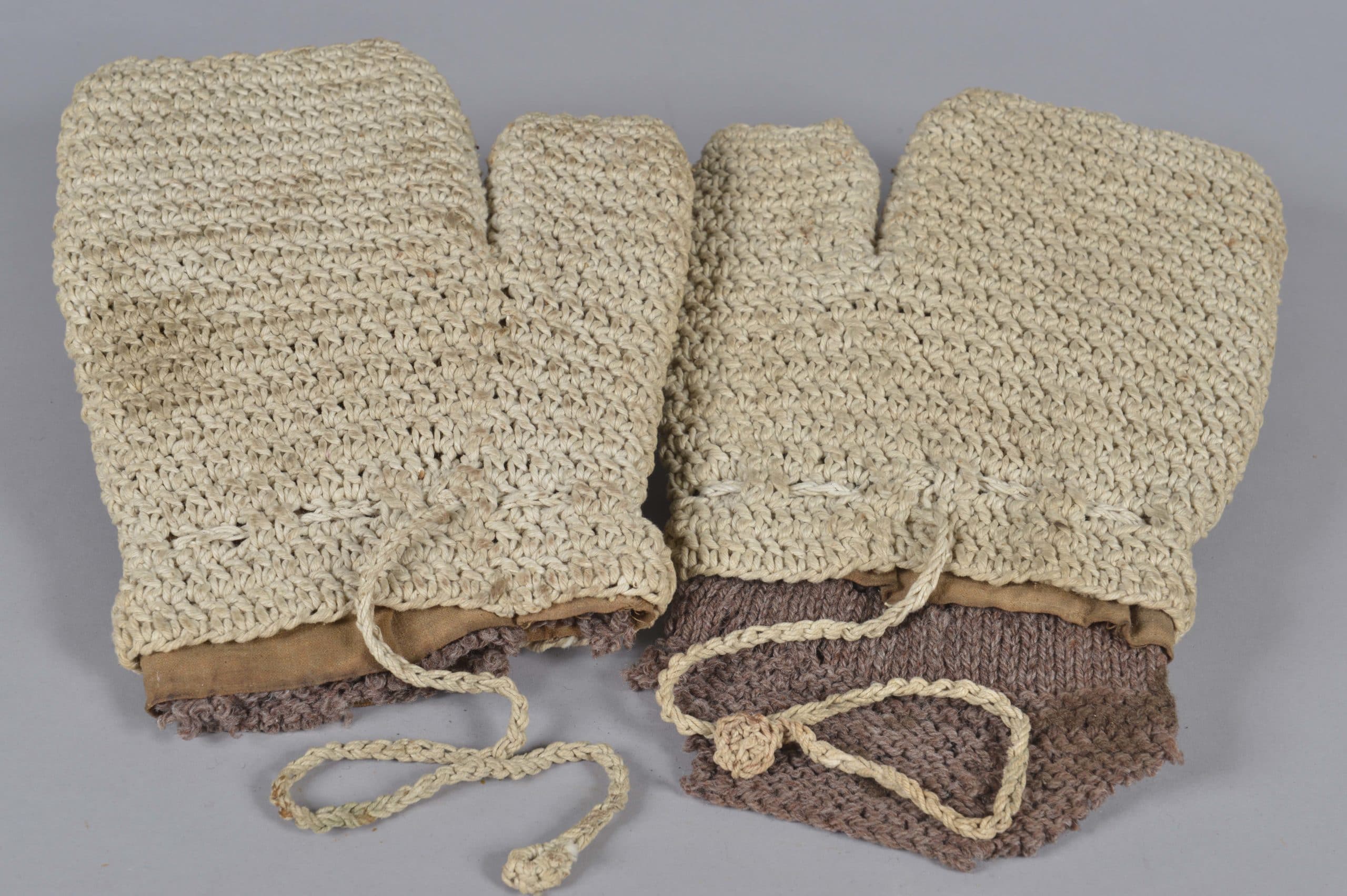 Minesweeper’s gloves like these are just one example of the numerous types of garments made by home crafters and sent to ship’s crews on active service. The gloves pictured were used by Sub Lieutenant Peter Taylor from the late 1940s. Minesweeper’s gloves had a tough string outer layer that provided good grip and durability. A cosy woollen lining helped protect against the cold and wet conditions in which crew often worked.

Minesweeping was long, laborious, and dangerous work. During the Second World War, the German raiders Orion and Komet laid over 200 mines in the Hauraki Gulf. The ocean liner Niagara struck one of these mines and sank in 1940. Minesweepers were also at risk. HMNZS Puriri struck a mine and sank on 14 May 1941 while looking for a mine dredged up by a fishing net. Five men were killed, including the ship’s Commanding Officer.

Patterns for homemade items were published in booklets such as the ‘Comforts for Navy and Merchant Navy’ pictured here. These booklets primarily included knitting patterns for hats, balaclavas, scarves, mittens, sea-boot stockings, pullovers, and other types of garments suitable for sending to family members who were serving. Garments such as these not only provided protection, but were symbols of support. Some even included a good luck note from the maker.

Using the pattern for minesweeper’s gloves provided in the ‘Comforts for Navy’ booklet, we have been able to replicate the style of hard-wearing yet comfortable mittens that would have been sent to the many sailors working on minesweeping vessels during and after the Second World War. They look very close in appearance to SLT Taylor’s gloves above, though his have a knitted lining instead of crochet, and his have cords added to the cuffs to secure the gloves on his hands. We don’t plan on doing any minesweeping with our gloves but reckon they might make good oven mitts!