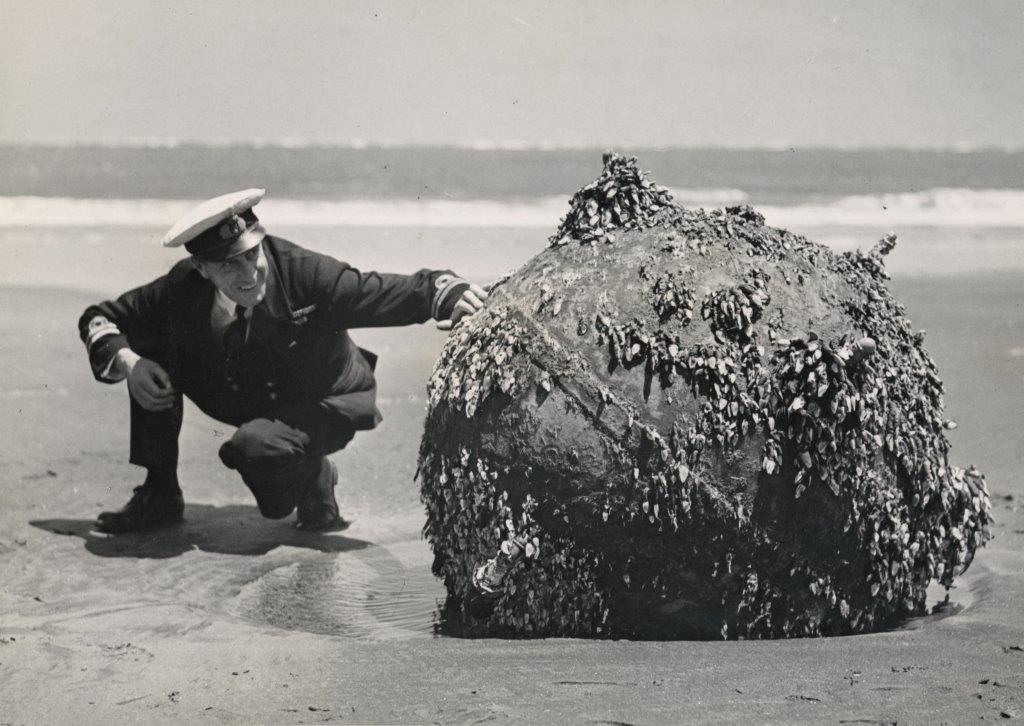 Reference no. OC 143
Lieutenant E Savage RN Mine Disposal Officer Inspecting a German mine before demolition.

The German raider HKS Orion laid a total of 228 mines in the approaches to the Hauraki Gulf on the night of 13/14 June 1940.

All mines were of the moored, contact G.X.*[1] type. The mines were laid in three drops, some 366 metres apart, others 732 metres yards apart in the following areas:

Two ships were sunk by mines from this field, RMS Niagara on 19 June 1940 and HMS Puriri on 14 May 1941. Niagara was a merchant ship carrying a cargo including a large quantity of gold. HMS Puriri was a coastal cargo ship commissioned into the navy as a minesweeper. She was engaged in minesweeping operations.

By early 1941, numerous mines had been sighted drifting in the area, and minesweeping operations commenced in earnest in June of that year. By September, 131 mines had been accounted for and another three were destroyed during 1942 and 1943.