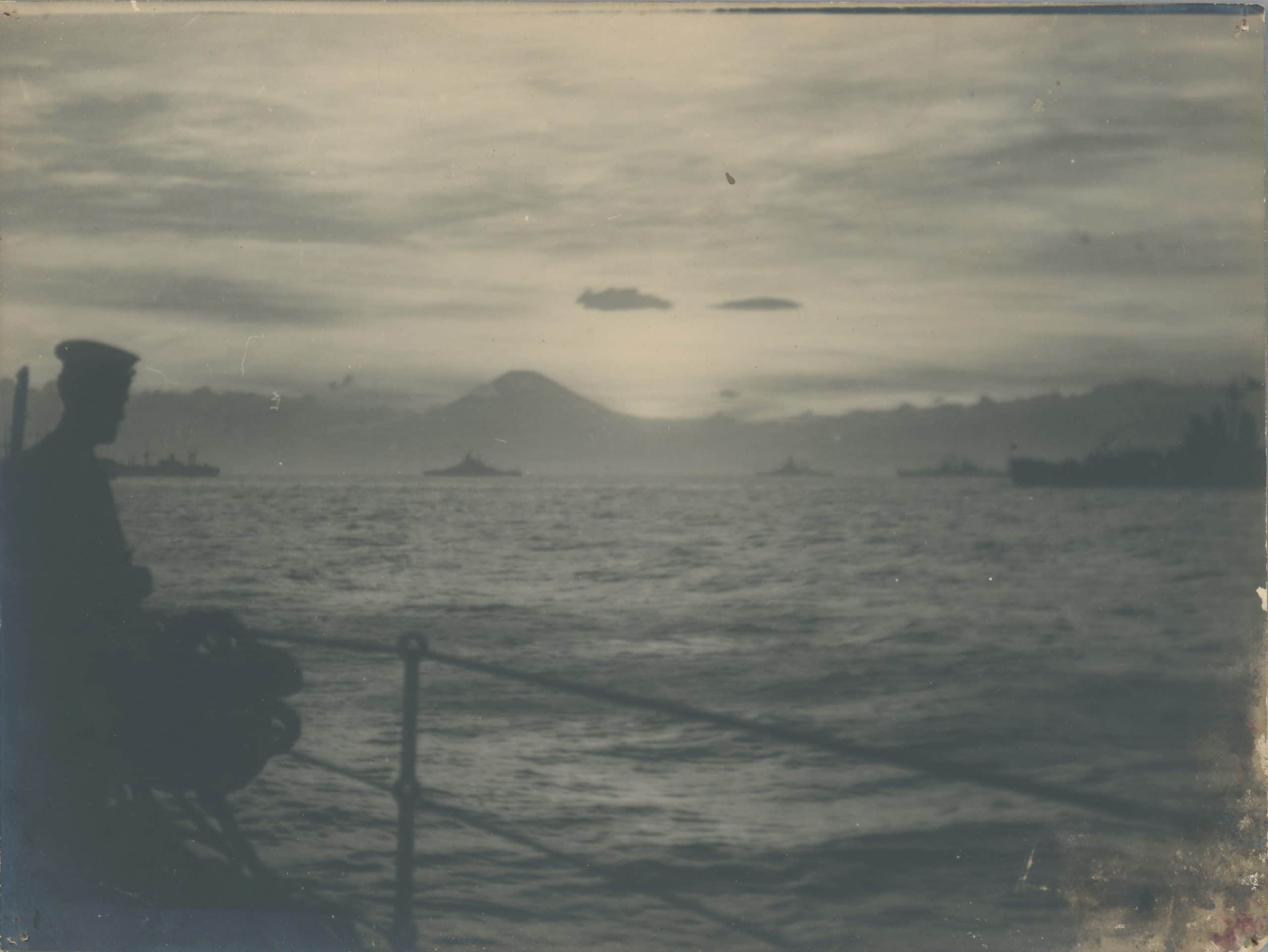 Reference no. AAI 0021
Photo of Tokyo Bay taken from HMNZS Gambia at sunset on the day of the signing of the surrender. Photographer Stuart Clausen. AAI 0021

The 2nd of September 2020 marks the 75th anniversary of the signing of the Japanese Instrument of Surrender. The document officially brought the conflict of World War II to an end. On the morning of September 2nd 1945 at approximately 9 am, a ceremony was held on board the battleship USS Missouri in Tokyo Bay to formally sign the agreement that would end hostilities.

Dignitaries and representatives from around the world were present at the signing. Lieutenant John D Allingham of HMNZS Gambia attended the ceremony as the aide to Air Vice Marshal Leonard Isitt of the Royal New Zealand Air Force who signed the document on behalf of New Zealand. Other countries that signed the surrender document as members of the Allied Powers were the United States, China, United Kingdom, Soviet Union, Australia, Canada, France and the Netherlands. New Zealand was last to sign the document at approximately 9.22am. On behalf of the Japanese Empire, the document was signed by Foreign Minister Mamoru Shigemitsu and General Yoshijro Umezu, Chief of Army General Staff.

The ceremony lasted twenty thee minutes and was broadcast throughout the world. United States General of the Army, Douglas MacArthur, who was also the Supreme Commander for the Allied powers formally accepted the surrender.

HMNZS Gambia represented the New Zealand Navy during the formal surrender and was present in Tokyo Bay during the ceremony. Gambia remained in Japanese waters until November 1945 as part of the effort to repatriate thousands of prisoners of war. This job was then taken over by HMNZS Achilles.

After the ceremony, the document was delivered to the United States and presented in a formal ceremony to the US President, Harry S Truman. It is now kept in the National Archives in Washington D.C. Further surrender ceremonies took place across various Japanese held territories throughout the Pacific.