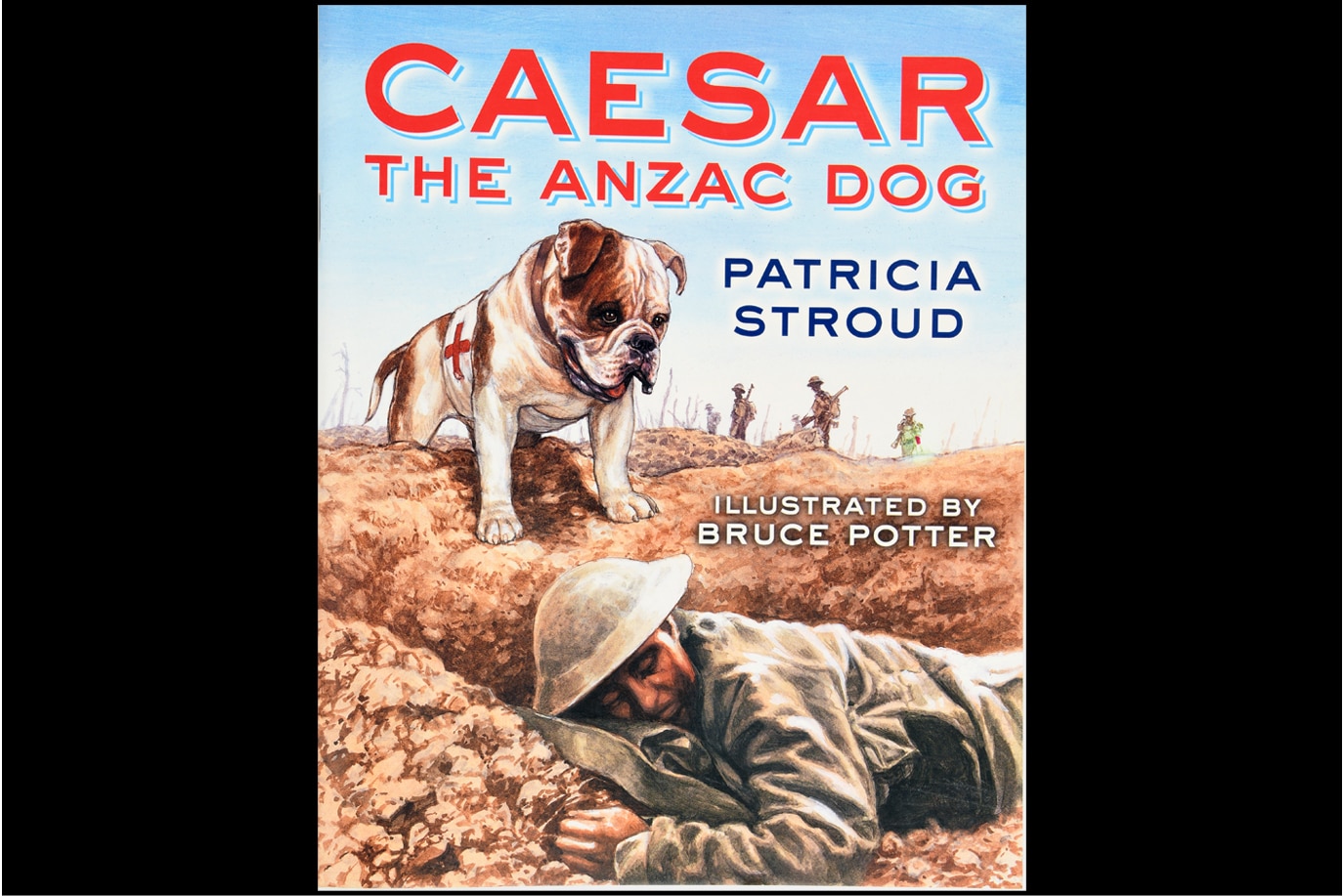 Trained as a Red Cross dog, Caesar’s job was to rescue wounded soldiers from the hell that was No-Man’s-Land at the Battle of the Somme. Uncle Tom wrote home about their adventures to Ida, who eventually passed the stories on to her children and grandchildren.

Patricia Stroud, Ida’s daughter, tells the poignant story of an unsung Kiwi hero, and a little-known aspect of the First World War.

The book reading is divided into two parts for families to share.

Part one: Caesar the Anzac Dog