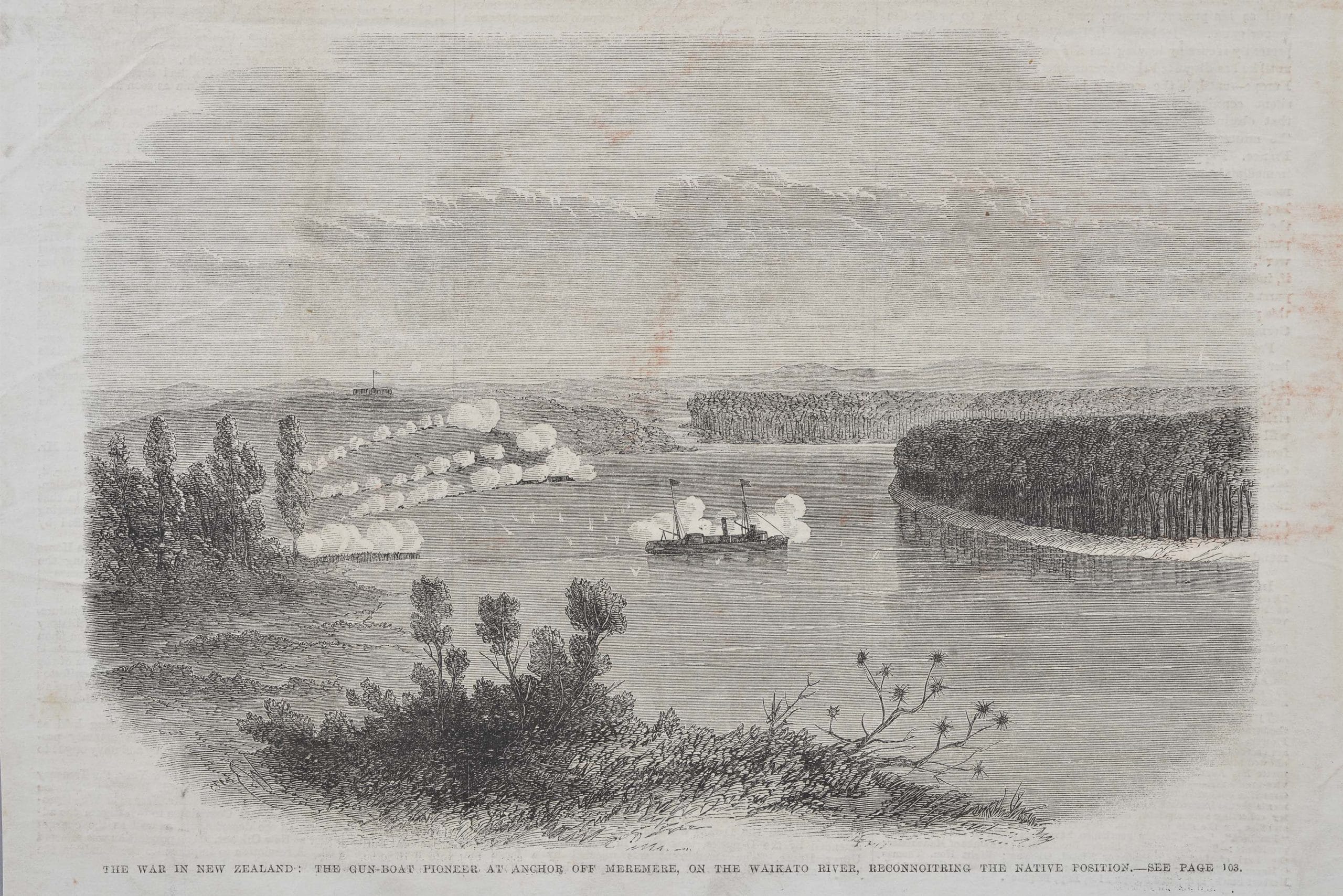 On October 28 we commemorate Te Pūtake o te Riri, He Rā Maumahara, our national day of remembrance of the New Zealand Wars. The New Zealand Wars took place in the 1840s-1870s when colonial and Māori forces clashed over issues such as land disputes, loss of Māori autonomy, and disagreements over the interpretation of the Treaty of Waitangi / Te Tiriti o Waitangi.

During this period of conflict, colonial forces were bolstered by the support of the Waikato Flotilla. Though not officially so, the Waikato Flotilla has been described as New Zealand’s first Navy. The Flotilla consisted of numerous ships and gunboats that operated on the Waikato River and around the coast, supporting colonial efforts in the wars. Many of the individuals serving on these vessels were Royal Navy personnel. The Royal Navy also supported the colonial war efforts having several ships based out of the Manukau and Waitematā harbours.

He Rā Maumahara also falls on the anniversary of the signing of the Declaration of Independence of the United Tribes of New Zealand / He Whakaputanga o te Rangatiratanga o Nu Tireni. This day of remembrance gives us an opportunity to reflect on the conflicts of the New Zealand Wars, the loss of Māori and Pākehā lives, and the lasting impacts these events had on society in Aotearoa New Zealand.