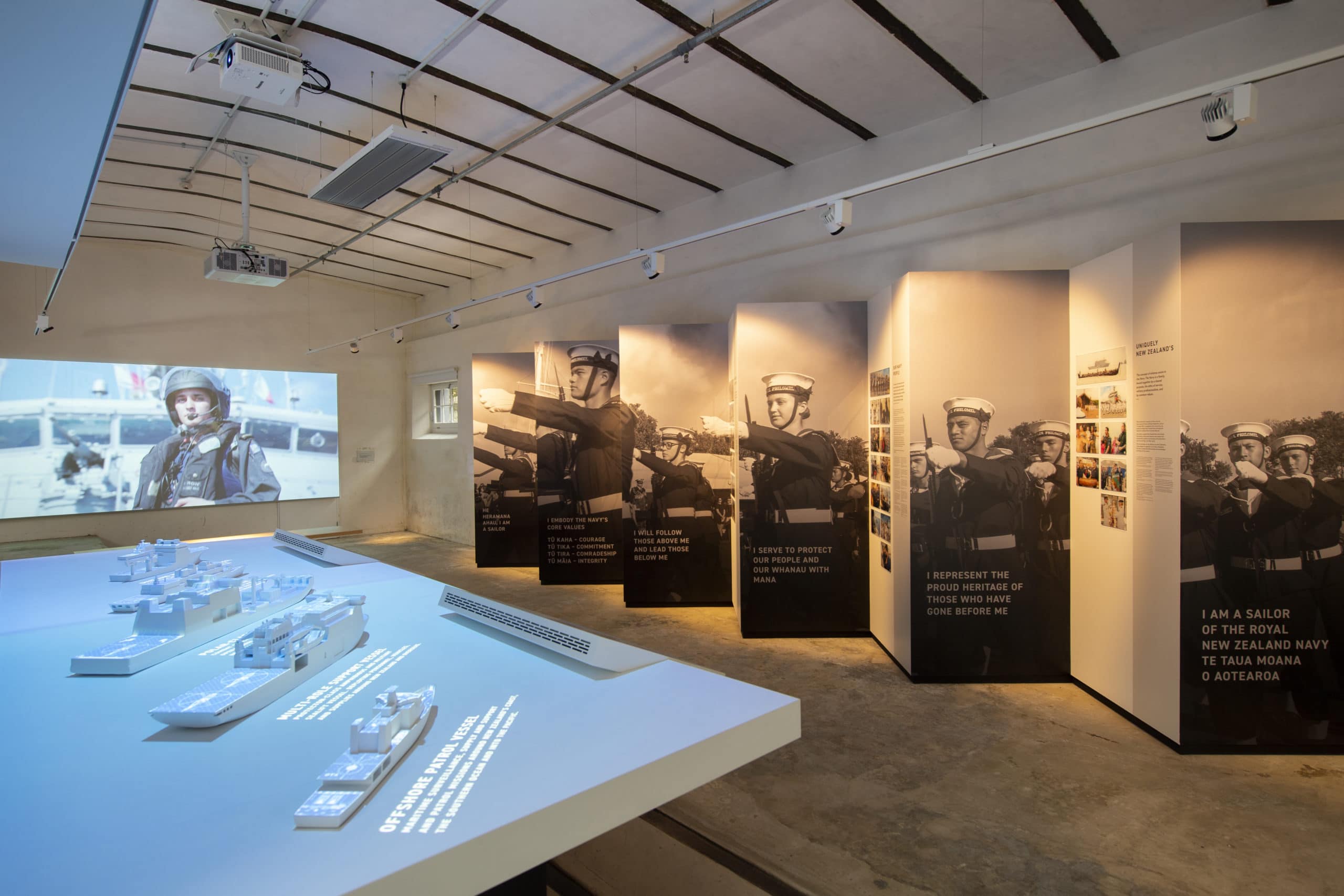 The Navy Museum has restored the 19th Century mine stores on the Museum site.

The restoration has ensured the character and integrity of the mine stores is retained and protected for future generations to enjoy. In the early stages of the project an archaeologist was appointed to monitor all work on the project. Within the existing structures, two new galleries and a modern learning space have been created. This has increased the Museum’s public exhibition space by 60%.

The new galleries focus on telling the story of the history of the Museum site and the contemporary New Zealand Navy. Work began on the restoration of the mine stores in early September 2019, with the full fit out of the galleries and new learning space completed and open to the public in February 2021.

View a selection of images taken through the project.