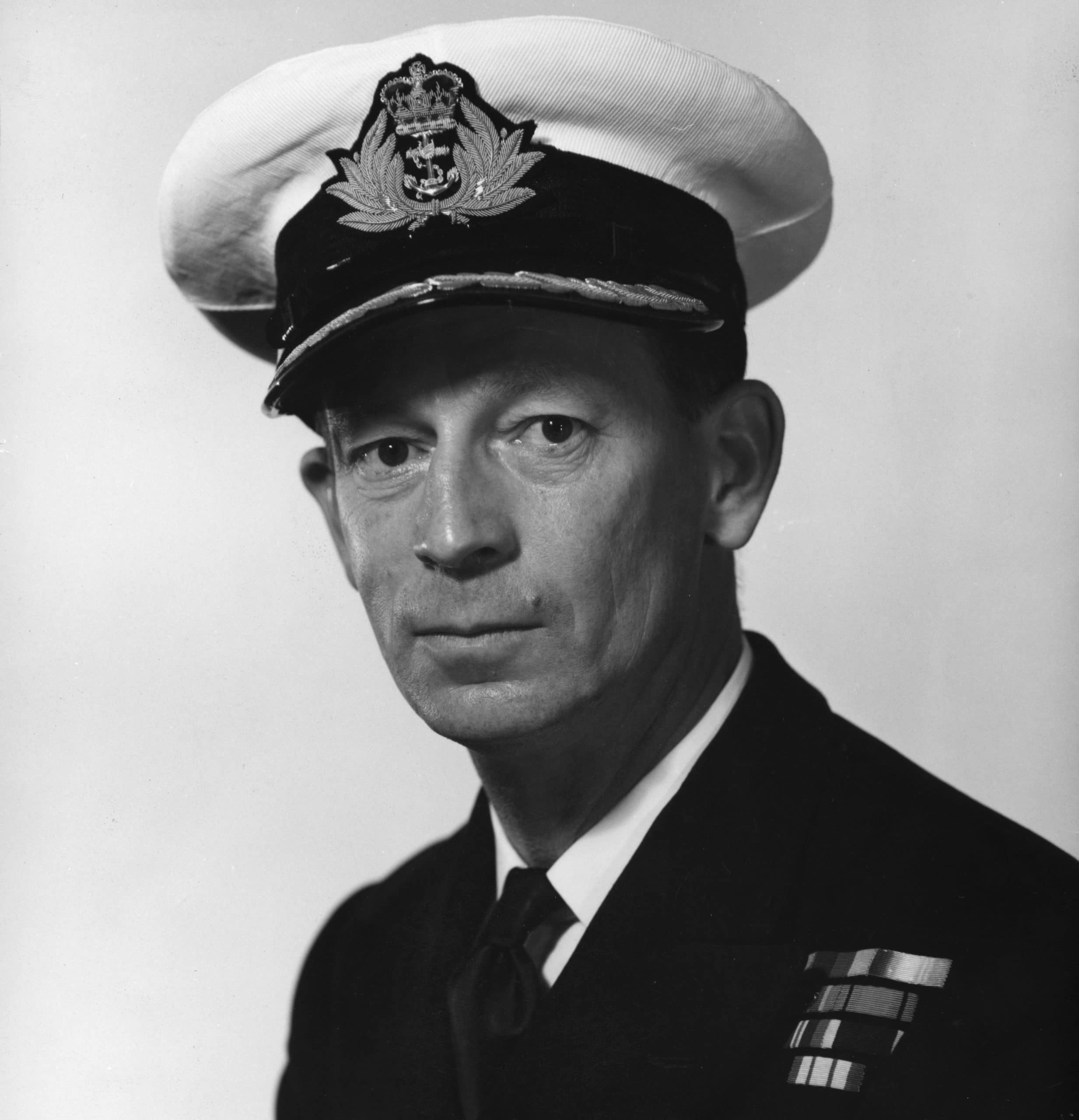 Smith elected to sign up for the naval service courtesy of Scheme B in May 1943. After World War Two, Smith became involved in the setting up of Scott Base at Antarctica.  Later, he was first lieutenant for the first HMNZS Endeavour which took the trans-Antarctica team down to Scott Base.

Commander W.J.L. ‘Kiwi’ Smith enlisted in the New Zealand Army in 1940 and became a gunnery officer in the 19th Field Regiment.  Given the option of staying in the Army in New Zealand at a lower rank or joining the RNZAF, Smith elected to sign up for the naval service courtesy of Scheme B in May 1943.

After a short stint at HMNZS Tamaki he travelled to England onboard the SS Ruahine to continue his training at HMS Ganges after which he joined the ship’s company of the King George V-class battleship HMS Duke Of York.  Officer training at HMS King Alfred followed Smith’s mandatory sea time.  He then joined Special Services and was posted to HMS Dolphin where he under went rigorous testing to assess his suitability as a submariner.

After D-Day Smith was drafted to HMS Varbel to train on midget submarines, eventually becoming Commanding Officer of one of the training craft, before being made First Lieutenant of the operational submarine XE6, for which the HMS Bonaventure served as depot ship.  XE6 and Bonaventure were sent south to the eastern coast of Australia.  With the tragic loss of two senior officers in separate diving accidents the submarine flotilla had a complete reshuffle of crew which resulted in Smith becoming first lieutenant on XE3.  On 31 July 1945 XE3 carried out a successful attack as part of Operation Struggle on the Japanese cruiser Takao berthed at the naval base in Singapore, an action for which he received the DSO.

Upon the cessation of the Second World War, Smith was one of twelve selected to train as senior officers for the Royal New Zealand Navy.  He served on a variety of ships before being sent on a sub lieutenants’ course in the United Kingdom.  On completion of the course he joined the commissioning party of the Loch-class frigate HMNZS Hawea as gunnery officer and was to soon volunteer for the Hydrographic branch.  Upon selection for the branch Smith was put in charge of recruiting the ship’s company for the survey ship HMNZS Lachlan (a converted Bay-class frigate) which was in reserve in Fremantle.

After a time on loan to the Royal Navy, he returned to New Zealand and became involved in the setting up of Scott Base at Antarctica.  Later, he was first lieutenant for the first HMNZS Endeavour which took the trans-Antarctica team down to Scott Base.  After another short stint on loan to the Royal Navy, Smith returned once more to New Zealand and resumed command of his old ship Lachlan for a period of three years after which he took over as head of Hydrography until his retirement in November 1972.