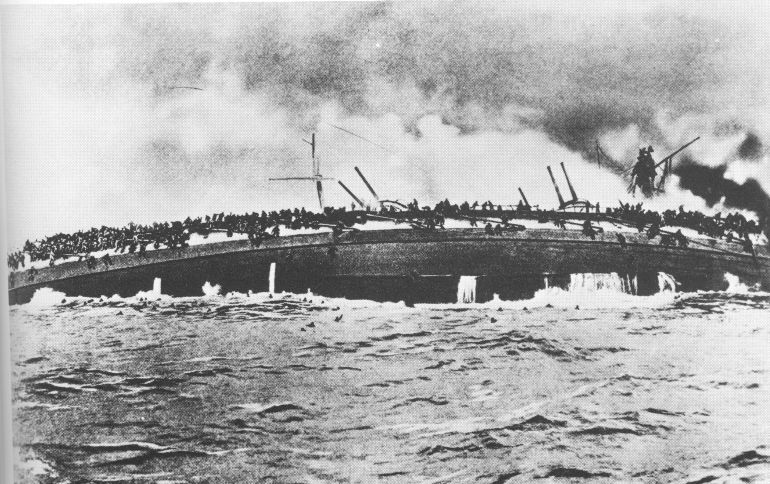 In August 1914 a minor battle took place in the Heligoland Bight, which involved the British Battle Cruiser Force. It was the first naval battle of World War One.

It resulted in several German cruisers and destroyers being sunk and others damaged.

In August 1914 the Germans were daily sending destroyer patrols to attack British submarines and minelayers in the northern approaches to the English Channel.

Admirals Tyrwhitt in command of the Harwich Force and Keyes in command of submarines developed a plan to strike at the Germans off the Island of Heligoland.

The plan was approved on 24 August, by the First Sea Lord, Admiral Battenberg and the First Lord of the Admiralty, Winston Churchill but when Admiral Jellicoe in command of the Grand Fleet became aware to the plan he thought it too risky.

On 28 August the operation was mounted. Admiral Tyrwhitt in HMS Arethusa with HMS Fearless and the two destroyer flotillas proceeded eastwards and having sighted the German force, engaged in a running battle until close to Heligoland Island.

However, the Germans had become aware of the operation and countered the British with a strong force of cruisers HM Ships Lion, Princess Royal, Queen Mary, New Zealand and Invincible and a flotilla of cruisers.

When the battle cruisers appeared over the horizon Admiral Tyrwhitt was amazed as he had not been informed of their participation in the operation.

The big ships overwhelmed the German cruisers and destroyers, several being sunk and others damaged.

He was informed that the operation would proceed and if he wished he could send Admiral Beatty with the Battle Cruiser Force in support, which he did.