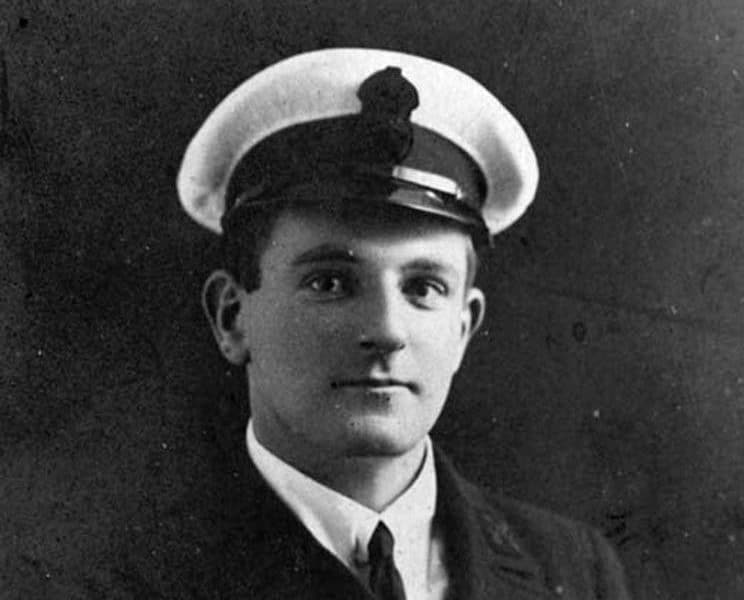 New Zealander Chief Motor Mechanic Roy Leslie Alexander DSM RNVR won the Distinguished Service Medal (DSM) while serving with Royal Navy’s Patrol Service in the First World War in one of the largest raids carried out by the Royal Navy.

His medals are now held by the Papakura RSA.

Alexander was born in Ramarama in February 1898 and grew up there.

He was working for the well-known plumbing merchants A & T Burt[1] and living in East Tamaki with his parents when he left New Zealand to join the Royal Navy Patrol Service in November 1916.

He was promoted to Chief Motor Mechanic in November 1917.[2]

In 1918, Alexander was serving with the Royal Navy’s Motor Patrol Service with the ship’s company of MB1839 one of a flotilla of 18 motor launches and six coastal motor boats based at port of Dunkirk.[3]

This flotilla was assigned the responsibility for rescue work, to make smoke screens or lay smoke floats for the raids launched at Zeebrugge and Ostend.[4]

The Distinguished Service Medal (DSM) was awarded to Roy Alexander for services during the operation against Zeebrugge on the night of 22-23 April 1918.[5]

Vice Admiral Roger Key’s report on the raid praised the small fleet of craft that supported the warships during the operation, noting the skill and coolness of the men who manned these craft while under heavy fire.

Sadly, Alexander was wounded during the raid and died of his wounds in South End Hospital on 21 August 1918.[6]

His award was gazetted in the London Gazette dated 19 July 1918, along with a number of other sailors awarded the DSM for their service on the small craft attached to the raid. [7]

He is buried in Southend-on-Sea (Sutton Rd) Cemetery in the Commonwealth War Graves section.[8]

In a reply card to the many people who sent their sympathy for the family’s loss, Alexander’s parents included the passage:

He played the game, ran the race and finished the work allotted to him.

A fitting memorial for one New Zealand’s naval heroes.

[1] Alongside C.H. Dryland whose personal collection holds material on his friend Alexander.