Alexander Boyle the first Commanding Officer of the Canterbury Division of the RNZNVR and a well-known South Canterbury farmer. Lieutenant Alexander David Boyle is the only known New Zealander to have served at all three major naval battles of World War One. 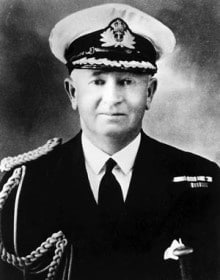 Captain Alexander Boyle the first Commanding Officer of the Canterbury Division of the RNZNVR and a well-known South Canterbury farmer. [1] He was always known by his middle name David. He came from a very well connected family. For example Sir Bernard Fergusson, Governor-General 1962-1967, was Captain Boyle’s first cousin.

Boyle was the son of Mr. Alec Boyle and was born at Otaio in 1887.  Educated at Christ’s College and Wanganui Collegiate School, he joined the Navy as a Midshipman and served in the Channel Fleet, and HMS Powerful, flagship of the Australian Squadron.  Later he was a Sub Lieutenant in HMS Triumph with the Home Fleet before his appointment to HM Royal Yacht Victoria & Albert where he was promoted to Lieutenant.

Boyle was also present at the Naval Action of Dogger Bank for which he was awarded the Croix de Guerre.  This makes him the only known New Zealander to have been present at all three major naval battles of the First World War.  He returned to New Zealand in HMS Chatham and retired from the Royal Navy in 1920 as a Commander.

In 1928 Commander Boyle was appointed the first Commanding Officer of the Canterbury Division of the RNZNVR, serving until 1934.  He returned to the active list in 1939 and was posted to the Navy Office Wellington, as Staff Officer for Technical and Material duties.  From 1941 to 1943 he was Naval Officer in charge of Lyttelton.  He was later promoted to Captain and appointed Naval Officer in Charge of Wellington where he remained until 1945.  He was awarded the United States Legion of Merit in the same year and replaced on the retired list.

The double-headed eagle crest and the motto Dominus providebit (the Lord will provide) engraved on his cigarette case in the Museum’s collection are those of his paternal grandfather, also David Boyle, 7th Earl of Glasgow, Governor of New Zealand 1892-1897.

This medal was awarded to those servicemen in the Army, RFC, and Navy that were serving at the outbreak of the First World War and fought in 1914 and 1915. Remembering that by the end of 1915 many men who were with the colours as at 5 August 1914 were killed, discharged due to injury, POWs or missing. It was awarded to the New Zealanders that formed the Samoan Contingent and the ship’s company of HMS Philomel.[1] Note Boyle got his for service aboard HMS New Zealand.

This medal was awarded to every serviceman (and women) that served overseas in the First World War[2] and are the most common of medals in First World War medal groups. Again, Boyle qualified for his service on HMS New Zealand.

This medal was awarded to service men that served overseas in the First World War. This was also issued to the Royal Navy for those that served in the Grand Fleet and other fleets. The Oak Leaf clasp should signify Mention in Despatches that he received for his part at the Battle of Jutland 31 May-1 June 1916

This medal was awarded for twelve months non-operational service outside New Zealand or for six months service if the area was threatened by air raids or possible invasion. Most of the 2nd NZEF and personnel serving with the RAF qualified for this medal.[3]

This medal was awarded for a serviceman who served for 28 days in the Army, RNZAF, and RNZN in New Zealand or overseas between 3 September 1939 and 2 September 1945.[4] All New Zealand personnel would have received this medal at the very least.

This medal was one of 84,400 of these medals issued to individuals as personal souvenirs in 1935 to those selected throughout the British Empire. Boyle, with his connections, his service on the Royal Yacht, would have been one of those selected.

US Legion of Merit

This medal was instituted in 1915 by France for award to all ranks of the French forces and Allied Forces for individual mention in despatches.[6] Boyle would have received this medal for his MID while at Jutland aboard HMS New Zealand.