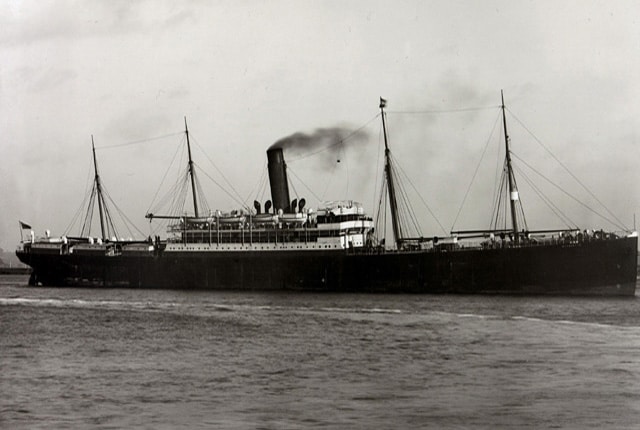 Matron Mabel Thurston is said to have been the first to have promoted the need for a chapel at Christchurch Hospital. A wartime tragedy was to provide the impetus needed to bring about the building of the chapel. The Marquette, a large steamer of 7057 tons, was built in Glasgow in 1898. Designed as a cargo vessel she was converted to a transport ship at the beginning of the First World War. On 19th October 1915 at 7pm the Marquette sailed from Alexandria bound for Salonika. On board was the No.1 New Zealand Stationary Hospital which included 36 nurses of the New Zealand Army Nursing Service and staff from the New Zealand Medical Corps. Also on board were some 500 officers and troops of the British 29th Divisional Ammunition Column with their equipment and mules. In total there were 741 people on board the Marquette.

It was a day of endurance, anguish, sacrifice and courage.

A French destroyer escort left the Marquette on the night of the 22nd October. At 9am on October 23rd 1915 the Marquette was hit by a torpedo from new heavyweight German submarine No.35 and rapidly listed to port. Those not killed in the explosion moved quickly to put on lifebelts and moved to lifeboat stations to abandon ship. One lifeboat on the port side fell onto another killing and injuring many. Many being lowered in boats on the starboard side were tipped out into the sea. Only one boat left the Marquette with nurses aboard. The ship sank within ten minutes with still several men and four nurses on deck. Two of these nurses survived despite being sucked under the water by the sinking ship.

“While standing on the deck, I saw a boat load of men in uniform getting away. I wondered why we nurses were left on deck, without a chance of getting into a boat … perhaps on the starboard side the nurses may have all got into boats; but not on the port side” – A nurse aboard the Marquette

Many questions about the sinking of the Marquette remain unanswered and there was much speculation at the time about whether anything could have been done to avert the disaster.

Of those that made it off the ship, many died from exposure and exhaustion in the cold water. Many gave their lives helping others. It was a day of endurance, anguish, sacrifice and courage. Most of the survivors were picked up by the British destroyer HMS Lynn and the French destroyers Mortier and Tirailler. One group reached Greece by themselves. Six days later on the 29th October, all surviving nurses and some medical officers sailed back from Salonika to Alexandria on the HMHS Grantully Castle, a hospital ship. Ten of the 36 nurses aboard died in the disaster. They were: Marion S Brown, Isabel Clark, Catherine A Fox, Mary Gorman, Nona M Hildyard, Helena K Isdell, Mabel E Jamieson, Mary H Rae, Lorna A Rattray and Margaret Rogers. Many questions about the sinking of the Marquette remain unanswered and there was much speculation at the time about whether anything could have been done to avert the disaster.
In May 2009 a Greek dive team located and identified the Marquette. She rests in 87 metres of water of the Thermaikos Gulf in the North Aegean Sea. The British Embassy in Greece has issued a protection order for the wreck.

Below you can see divers exploring the wreck of the HMT Marquette off Salonika (Thesaloniki), Greece