Up Close with Michael Wynd – Researcher

What attracted you to working at the Navy Museum?

When I applied in 2007 I had just completed a Masters in Military History so I thought that my skills were complementary to the Museum. I remember going for the interview, and being called back an hour later and asked how soon I could start. I spent the first three months working at the Museum and finishing off my role as Student President at Massey Albany.

What do you enjoy most about your role? 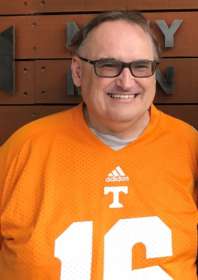 I get to use my training and knowledge on a daily basis and I have the privilege to work with a research library. I take great delight in giving research outputs that people need. I also enjoy teaching our young officers in naval history.

What do you enjoy least?

Having to tell families that their relative’s war stories are not true. I have had numerous examples over the years where there is a family legend that does not match up with the reality. Most people are good with the news but I did have someone earlier this year, who would not accept the historical facts and was absolutely convinced that his father’s story was true.

Name the most unexpected fact you have learnt since taking up your role at the Museum.

The purchase of HMS NEW ZEALAND by Sir Joseph Ward. Spending the modern equivalent of $350m on his own behalf, without putting it through Parliament first, and the fact we were still paying for the ship over 20 years after she had gone for scrapping.

What’s the most memorable thing you have done since being at the Museum?

I think there are two examples. The first was to go to Ottawa in 2010 to present at the Canadian Navy’s centennial history conference, and the second was to go to Portsmouth to present on HMS NEW ZEALAND in the First World War.

Name the funniest moment since you joined the Museum?

I think I remain a constant source of amusement for the staff. My singular lack of handyman skills and knowledge of tools is one source. I always remember moving ship models out of their cases for the new museum in the old collections store, and four of us slowly moving 20m hoping that we didn’t break the model. 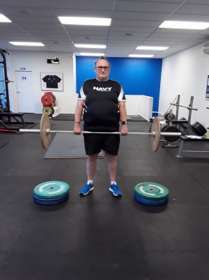 How do you enjoy spending your time outside work?

I think I am a military historian both at work and at home. Military history was my interest before I went to Massey University and remains so. I tend though to focus on land warfare at home, just to get a break from naval history. I have a large personal library so my office is very close to my office at the Collections Store. My big diversions are CrossFit and training for run/walks and swim/runs.

What are you most looking forward to doing this Summer?

I am very conscious of trying to take a serious break from military history over the holidays so I read a lot of non-military history and fiction, watch a lot of films and devote some time to a increased training load as I am preparing for events in March.