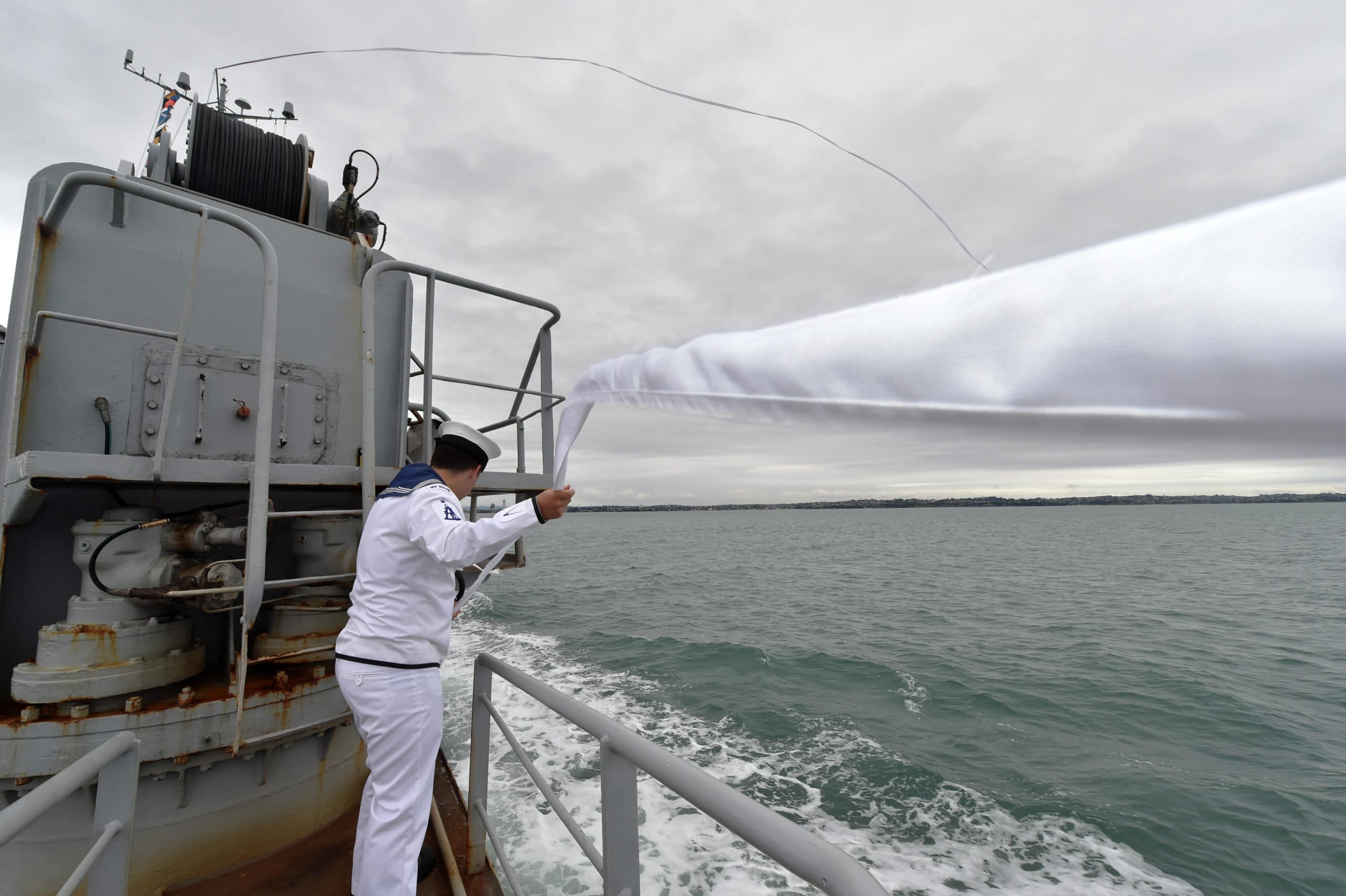 A distinguishing flag is a special flag which signals the presence of certain senior persons on board naval vessels. Distinguishing flags in the Royal New Zealand Navy generally follow those in use in the royal Navy, although there are certain significant differences. These flags are also used on cars, in addition to other distinguishing badges, for example star plates. Not all of those in use are covered here, but the more important and common are:

The Sovereign wears a personal standard when embarked in ships of the Royal New Zealand Navy. This standard is very old in origin, dating back to medieval times when the Royal Standard was the rallying point on the battlefield. For use in New Zealand the Sovereign has a special Standard, which although similar, is different to that used in other Commonwealth countries.

Other members of the Royal Family also have their personal standards:

The Flag Of His Excellency The Governor General

All Governors General in the Commonwealth are entitled to wear a personal flag, and this is worn when the Governor General is embarked in HMNZ Ships. The flag is similar to that used by other countries, featuring a central device on the fly of a lion surmounting a Royal Crown, but has the words “NEW ZEALAND” on a scroll beneath the central device. Prior to the introduction of this design the Governor General’s flag consisted of the Union Flag with the letters “NZ” within fern leaves in the centre.

Throughout the navies of the world flags are worn to distinguish the status of Senior Officers. Within the Royal New Zealand Navy this custom is maintained.

The Chief Of Defence Staff

The Chief Of Naval Staff

Although entitled to wear a flag by virtue of his rank, the Chief of Naval Staff has a personal flag. This flag is very old in origin although it has only been re-introduced in recent times. It is derived from the flag of the Lord High Admiral which came into use in the 17th Century. Since that time it has been used as the flag of the Admiralty, and with the establishment of the New Zealand Naval Board a variation was used by that body. With the abolition of the Naval Board in 1971, use of the flag lapsed, but was revived in 1981, for the use of the chief of Naval Staff.

Commodores in certain appointments are entitled to wear a broad pendant to signify the fact. Only one commodore in the RNZN is so entitled, the Maritime Commander, New Zealand, who wears his pendant in the Naval Base at Auckland. The pennant is identical to that of commodores in the Royal Navy.