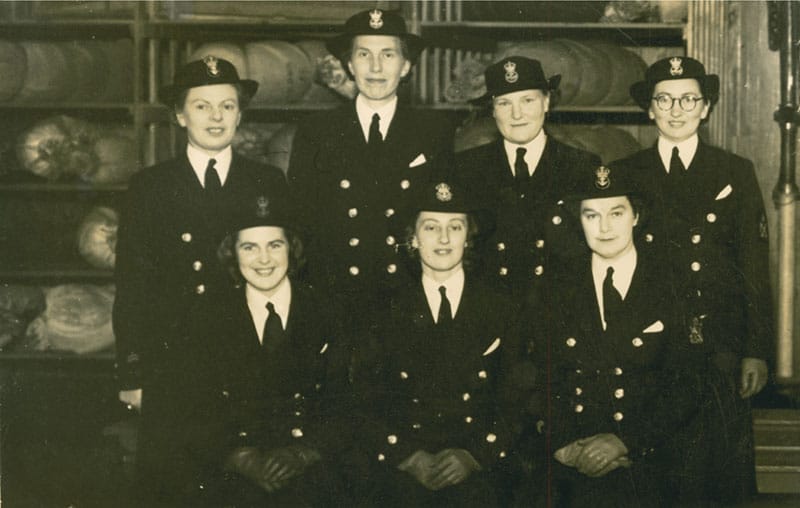 The Petty Officer can trace the title back to the old French word, petit meaning something small. Over the years, the word also came to mean minor, secondary, and subordinate. In medieval and later England just about every village had several “petite”, “pety” or “petty” officials/officers who were subordinate to such major officials as the Steward of Sheriff. The petty officers were the assistants to the senior officials.

The senior officers of the early British warships, such as the Boatswain, Gunner and Carpenter, also had assistants or “mates.” Since the early seamen knew petty officers in their home villages they used the term to describe the minor officials aboard their ships. A ship’s Captain or Master chose his own Petty Officers who served at his pleasure. At the end of a voyage or whenever the ship’s crew was paid off and released, the Petty Officers lost their positions and titles. There were Petty Officers in the British navy in the Seventeenth Century and perhaps earlier but the rank did not become official until 1808.

Petty Officers were important members of the ship’s companies and were also appointed by their ship’s Captain. They did not have uniforms or rank insignia, and they usually held their appointments only while serving on the ship whose Captain had selected them.[1] Until 1853, when CPO and leading rate introduced, Petty Officer was the only rank above able rate.[2] Master-at-arms used to have Ship’s Corporals that became known as Regulating Petty Officers from 1913-14 in the RN.[3] Had two classes one and two until 1913 when PO 2nd Class abolished.

The rank of Chief Petty Officer was instituted in 1853 by an Admiralty Committee report on manning. No arm badges but rather worn on the collar with some exceptions for artificer CPOs.[4] This order in council was in part to address the manning crisis that the RN had to endure with the end of the press-gang system. The rank of CPO was introduced to replace the following ranks:

Pay and conditions were also improved along with this rank. [5]