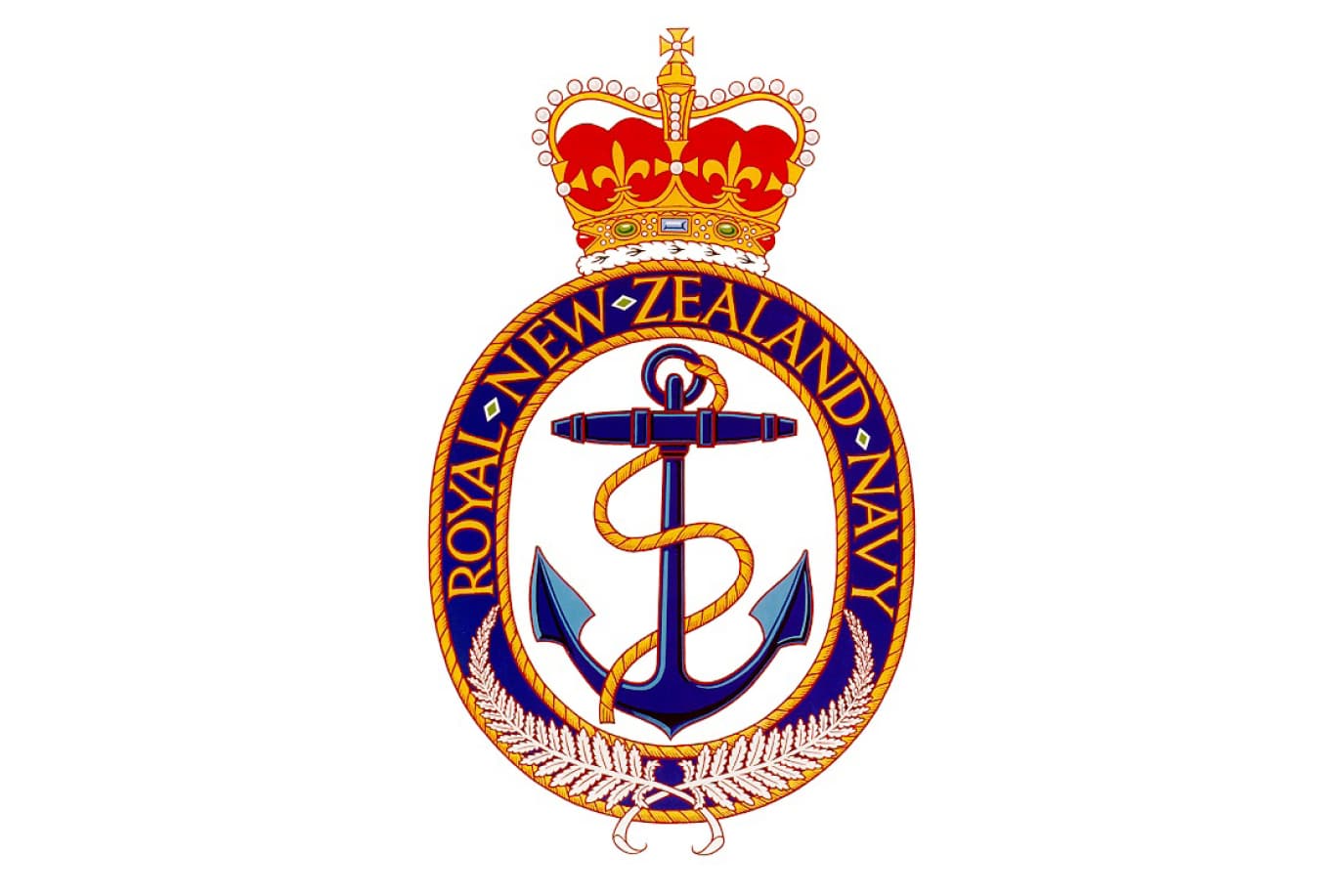 The Official Badge of the Royal New Zealand Navy is one of the later badges of the Navy, the design only being evolved because of a request for a replica by the Minister of Defence.

When the decorations were being planned for the coronation route in London n 1953, it was decided to include badges of the Commonwealth navies along this route.

No further thought seems to have been given to the provision of a Badge for the New Zealand Navy until September 1965 when the Minister of Defence asked each of the three services to supply a replica of their official badges for his Ministerial Office.

As the Navy had no badge the Hydrographic Branch was requested to design a badge and Mr E.W. Jones accordingly produced a design which was accepted by the Naval Board.

This featured a fouled anchor within a garter, bearing the words “Royal New Zealand Navy” with fern leaves below.

When this badge was subsequently publicized in early 1966, the Secretary for Marine drew attention to its similarity to the Statutory Seal of the Marine Department; the Naval Board saw no real difficulty in the situation, and indeed, had already used the badge on several occasions.

However, in order to clarify the situation the Naval Board decided to approach the Royal College of Heralds in London, for their advice. Sir Anthony Wagner, KCVO, D.Litt, Garter Principal King of Arms replied that as the College of Heralds had been consulted by neither the RNZN nor the Marine Department in the design of their badges, he could not help.

A further approach was then made to the College of Heralds with a view to producing a distinctive badge for the Royal New Zealand Navy, based on that already in use.

The Garter King of Arms agreed to help and in July 1968 forwarded a design for the approval of the Board.

Included in the correspondence was a statement to the use of the garter, an emblem distinctive to the Order of the Garter and used outside that context only by the heraldically illiterate.

The design submitted was not at all to the liking of the Naval Board and again the Hydrographic Branch was asked to assist. Mr Jones produced a revised design which was forwarded to the College of Heralds.

After some discussion the revised design was refined and submitted to the Queen for approval. Her Majesty, the Queen gave royal assent to the Official Badge of the Royal New Zealand Navy in November 1969.