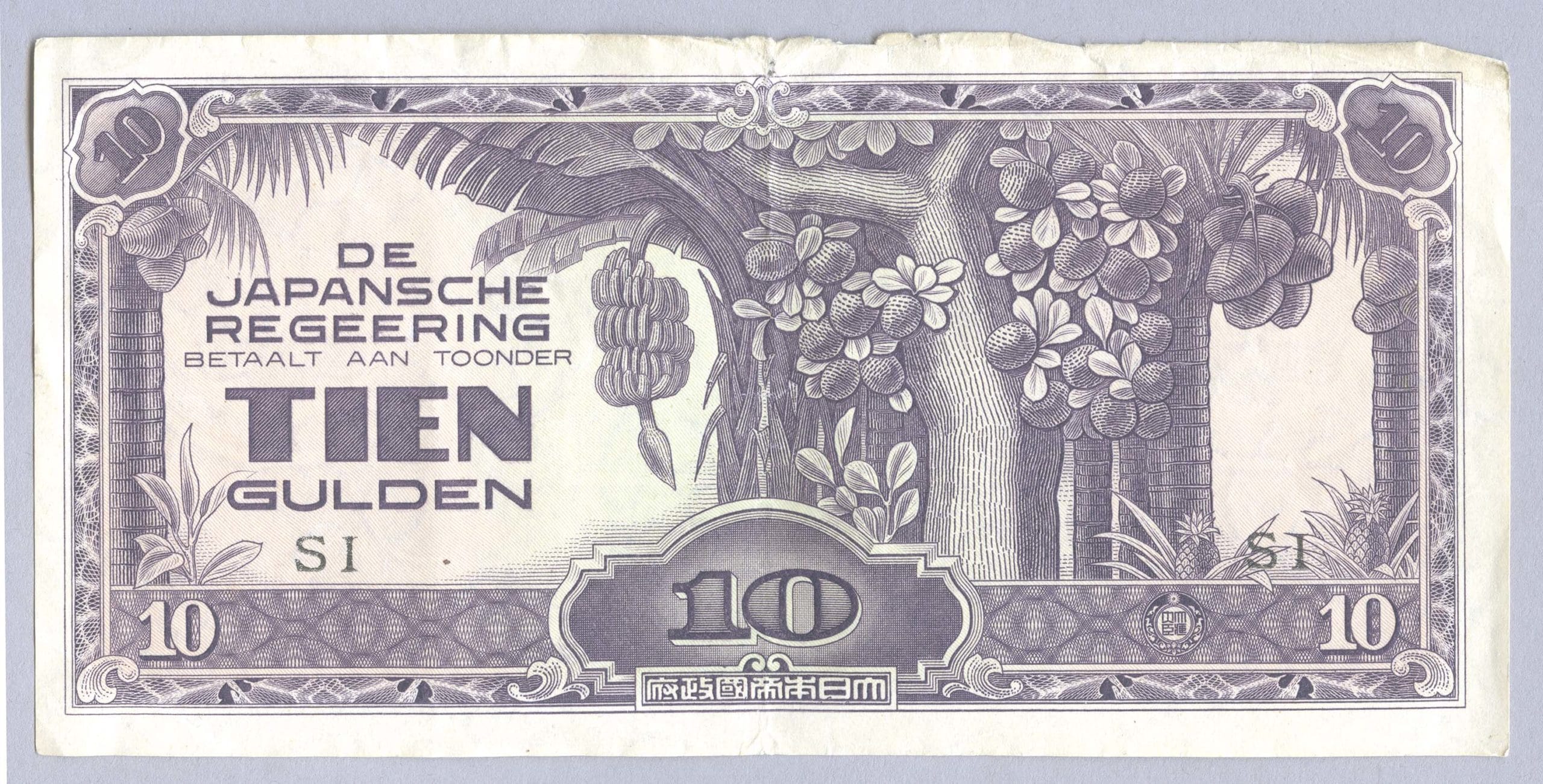 This bank note from our collection is a 10 gulden note issued in 1942 by the Japanese Government, for use in the occupied Dutch East Indies. In early 1942, Japanese forces began to attack the Dutch East Indies as part of their campaign to occupy large parts of Asia during World War II. The Indies colonial Dutch Government folded on 8 March 1942 and the Japanese Government immediately assumed control of the Indies economy. They began to issue military bank notes for use in occupied areas and eventually required all local currency to be exchanged for military issue. However, the exchange policy was not strictly adhered to and many people still hoarded pre-war currency. The Japanese forces issued paper currency of 1, 5 and 10 cents as well as 1, 5, and 10 gulden. Each gulden was worth 100 cents. They retained the Dutch ‘gulden’ as their denomination until 1944 when it was changed to the ‘roepiah’.

The front image on this 10 gulden is of a banana tree, which led to nickname for the currency as ‘banana money’. The nickname also refers to the idea that those living under occupational rule did not think of it as ‘real’ money. The translation of the Dutch inscription reads, ‘The Japanese Government promises to pay the bearer on demand’. The reverse image is of palm trees and a horizon. Japanese forces surrendered on 15 August 1945 and by the end of the Second World War, currency still in circulation bearing the Japanese name began to lose its value. Some notes began to be obtained by allied forces for souvenir purposes. This particular bank note comes from the personal collection of William ‘Kiwi’ Smith DSO who served with the Royal Navy during World War II and later in the Royal New Zealand Navy. Japanese issued bills could still be used in Indonesia until 1949.