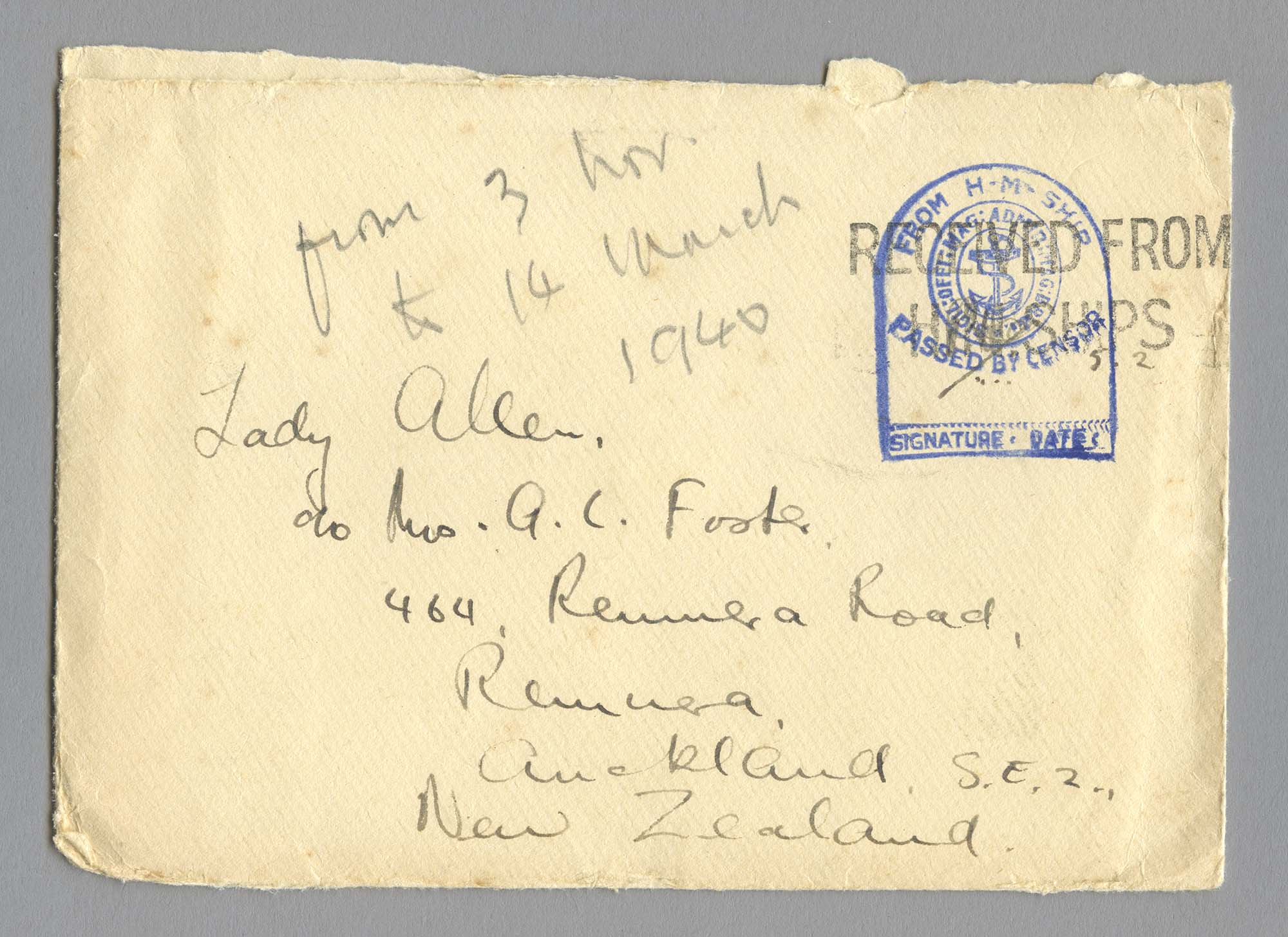 One of the largest personal collections that we look after at the museum belongs to Lieutenant Peter Allen of the Royal Navy. His mother, Lady Mary Allen, kept all the letters, telegrams, post cards, drawings and water colours he sent during his time in the Royal Navy from 1939 to 1942. Peter was born in 1921 in Morrinsville, Waikato to a wealthy family. He was educated at Whanganui Collegiate and enlisted as an Officer in the Royal Navy in 1939 by means of ‘Special Entry’ with other cadets from around the British Commonwealth. In 1941 Peter volunteered to serve in submarines and after training was posted to Malta to the submarine base there.

Peter corresponded with his mother regularly. The collection contains 154 personal letters from Peter to his mother which approximated to one per week. Every one of his letters begins, ‘Dear Mummy’ and is signed ‘Your loving son Peter.’ Peter informs her about his experiences in the Royal Navy and adventures abroad, although the specific details about his service were always heavily censored.

The importance of Peter’s communication with his mother is exemplified by the expense to send each letter. Peter sends most of his letters by air mail which was 21 times the cost of surface mail at the time. Their close relationship is further highlighted by Lady Allen’s hand written notes added to some of the letters that she lent to her sisters to read. She writes, “Very hard to part with, so please return at your earliest convenience.” Lady Allen suffered with poor health for most of her life, mainly from the effects of tuberculosis. Peter frequently expressed worry for his mother’s health in his letters.

Lady Allen intended to publish Peter’s letters shortly after his death. However, her own ill health prevented her and she died of Hodgkin’s disease in 1946. The letters were eventually published in their entirety by Peter’s nephew, Peter Macky in 2007 in War Time Correspondence: From Peter Russell Hay Allen to his mother during the early years of WWII.