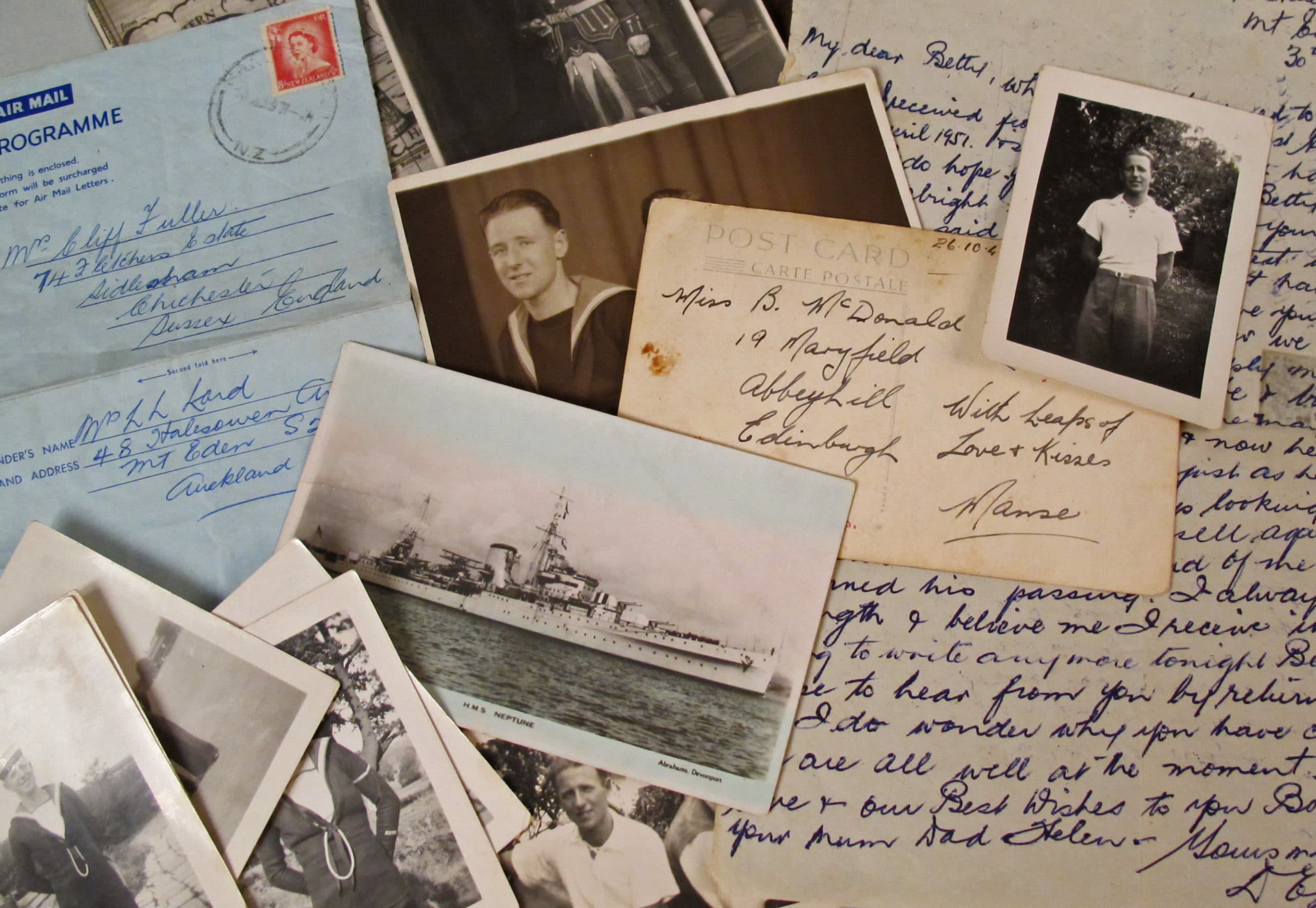 Betty never forgot her first love, New Zealand sailor “Manse”. Lloyd Mansell Lord was tragically lost along with 763 others when HMS Neptune sunk in December 1941. Betty, from Scotland, went on to marry another serviceman, Cliff Fuller, in 1948, a marriage that lasted 56 years until her death. But it seems a special place in her heart was kept for Manse.

Upon clearing out his wife’s belongings after her death in 2004, Cliff Fuller came across a bundle of photos along with several letters from Doris Lord, Lloyd’s mother. Cliff takes up the story:

“Well before I came on the scene there was this sailor from NZ called “Mance” [sic] which I kept hearing about and his mother used to write letters to us, which probably helped her through the loss of her son. I know my wife never seem to forget him; whenever we had a row, which one does in a long marriage with four children etc. to bring up, she used to say, why is it all the good ones get killed; so it must have been her first love, they say that is always the sweetest.”

Betty and Doris’s correspondence lasted for many years – one of the letters is dated 1959 – and it seems that they found mutual support during times of grief. Doris wrote to Betty following the younger woman’s loss of her baby encouraging her to stay positive, “…now he is with God who needed your wee one just as he needed my Dear One. I am always looking forward to the day when I will see Mansell again and I do know he would not be very proud of me if I always mourned his passing.”

AB Lloyd Mansell Lord, of Auckland, was 23 when he was lost on HMS Neptune. His body was found off the coast of Tobruk, Libya, in January 1942 and he was buried there. Unfortunately his grave was destroyed during the Battle of Tobruk in 1942. His name is recorded on the Memorial Wall at Devonport Naval Base.