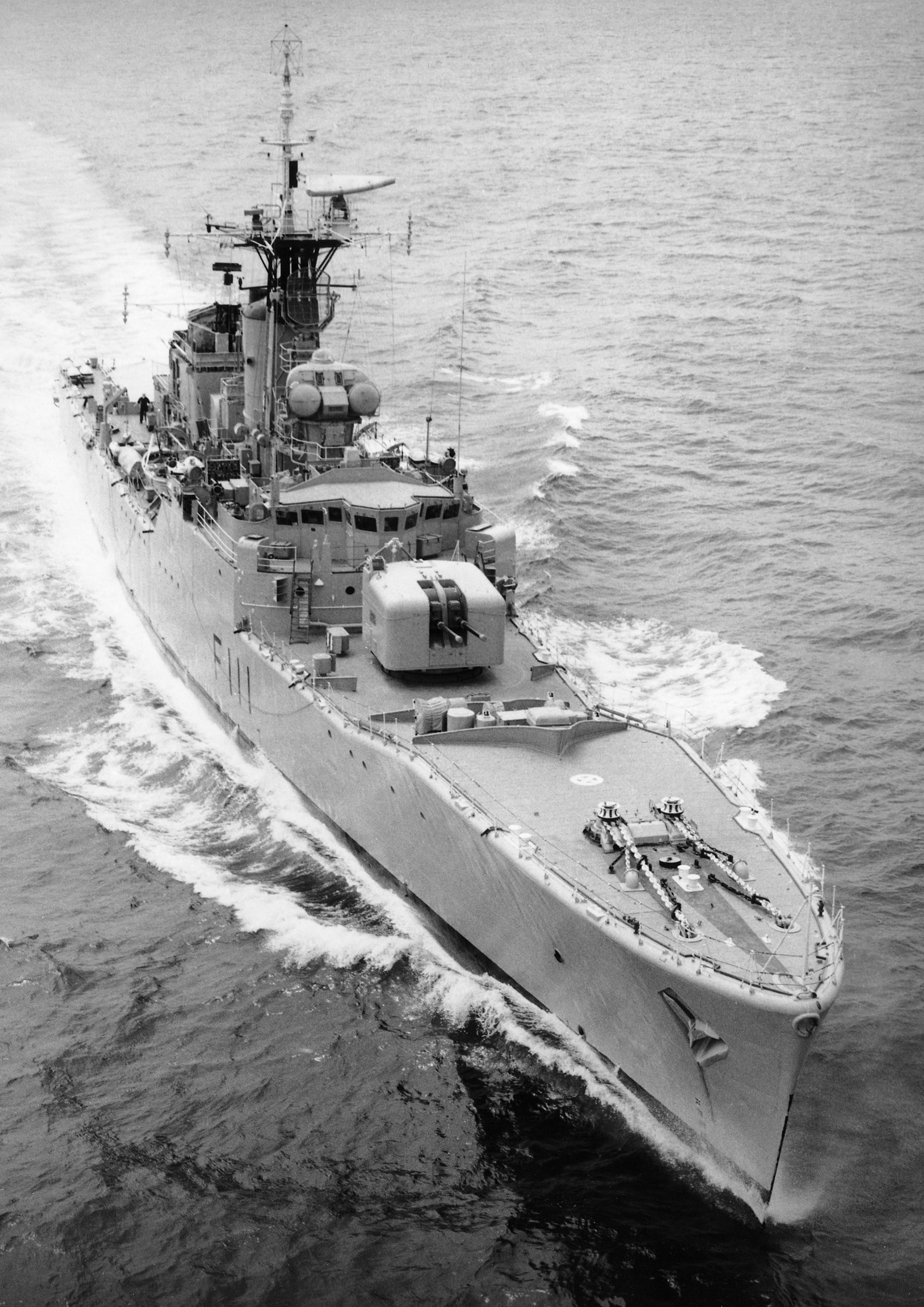 Otago arrived in Dunedin in January 1961, having voyaged via Suez, Singapore and Australia.

Otago and her sister frigates Taranaki and Blackpool took part in regular deployments to the Far East, North America, Hawaii, Australia and the Pacific Islands. They participated in exercises with ships of other navies and ‘show the flag’ tours. Otago also participated in ceremonial occasions including Royal Tours, Waitangi celebrations and some search and rescue work around New Zealand. Supply missions to outlying islands such as Raoul and Campbell were also on the itinerary.

In February 1964, Otago, Pukaki and Rotoiti sank the hull of the old New Plymouth dredge Paritutu with gunfire off Cuvier Island. Later that year Otago, with Pukakai as backup, carried out ‘picket duty’ or advance warning south of Campbell Island for an American aircraft making an emergency flight to Antarctica and back.

In July 1973, the New Zealand Government sent Otago into the French nuclear testing zone at Mururoa to protest continued atmospheric testing. Otago was on station for three weeks until relieved on 25 July by HMNZS Canterbury. Otago returned to Auckland in August 1973.

Otago’s Seacat sea-to-air missile systems were fitted in 1962–63. Her first test firing was held on 21 January 1963. Otago had a major 12-month refit from November 1966, during which her damaged bow was replaced. She was recommissioned in November the following year.

Otago’s bow was badly damaged at Pearl Harbor in August 1964 when she collided with USS Walker and Jenkins. While preparing for sea, the engine-room throttles had been opened, causing the ship to part her lines, moving forward between the two ships already moored there. She was repaired for service in four weeks.

Otago damaged her bow again when she struck the Suva wharf in December 1968. Three years later in August 1971 whilst in Hong Kong she sustained minor damage when Typhoon Rose hit the area.

Otago decommissioned at Devonport in November 1983 and was slowly stripped. In July 1987, she was sold to Pacific Metal Industries Ltd and the following month she towed across to the Western Viaduct for demolition, which was completed in four months.