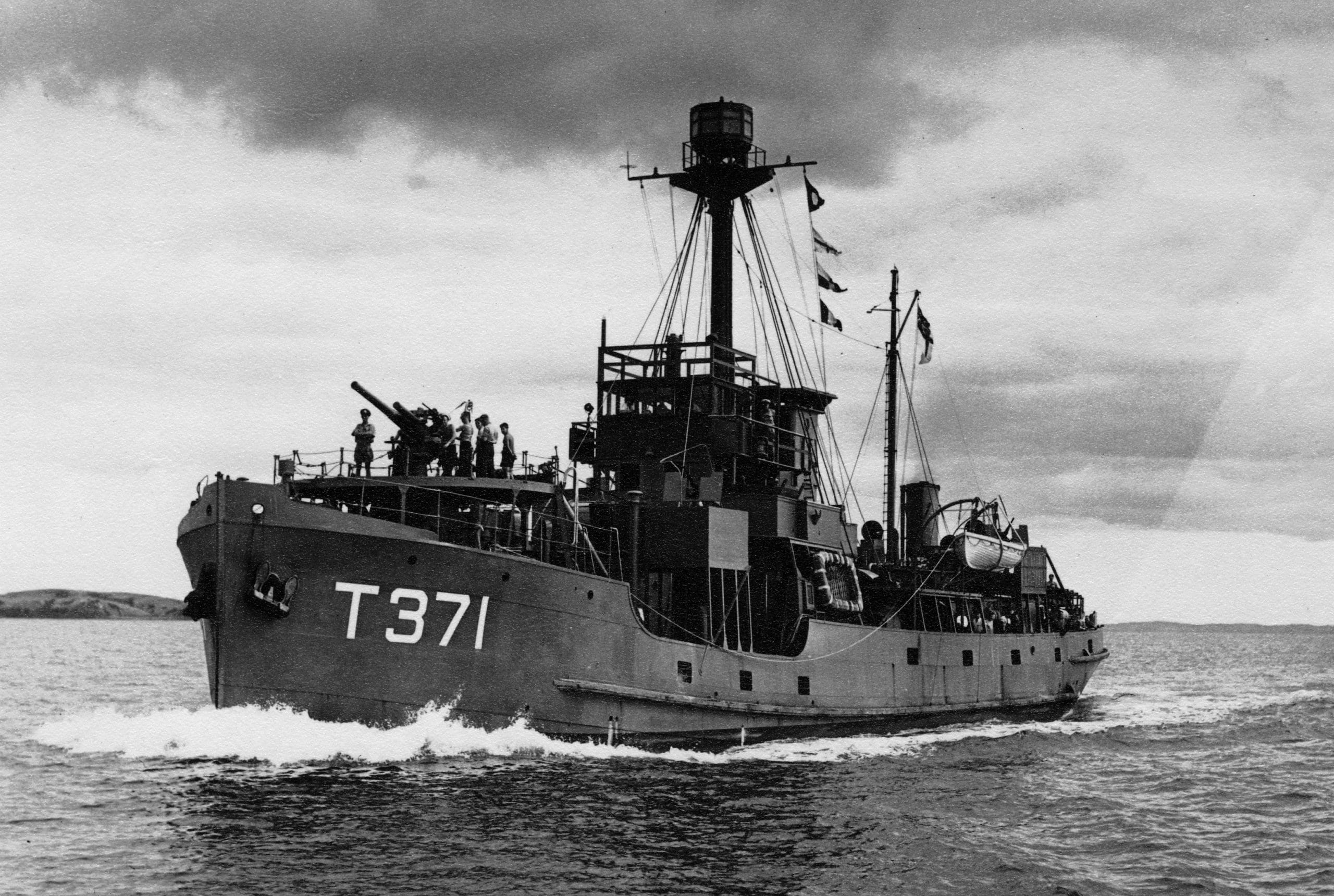 In World War Two, after the discovery of minefields laid by the German raider Orion, the urgent need for minesweeping off New Zealand ports was highlighted. Breeze was one of a number of vessels that it was thought would be suitable to conversion to a minesweeper.

Prior to the Second World War Breeze was part of the inter-island service along with her sister ship Gale (which was also commissioned into RNZN service).  In July 1940 the Chief of Naval Staff proposed a mobile flotilla of minesweepers for New Zealand service. This came out of the discovery of the minefields laid by the German raider Orion and highlighted the urgent need for minesweeping off New Zealand ports. Breeze was one of a number of vessels that it was thought would be suitable to conversion to a minesweeper.[2]

With the loss of HMNZS Puriri to a mine while clearing the mines laid by German raiders in the Hauraki Gulf, Breeze was taken into naval service[3] over the protests of her owners, the Canterbury Steam Shipping Company. They objected to the potential loss of trade built up over the 30 preceding years if the ship was taken for naval service. The War Cabinet listened to the request but consented to the vessel being taken over by the RNZN.[4] In March 1942 she was taken into the Dockyard at HMNZS Philomel and converted to a minesweeper.  She was commissioned into RNZN service on 24 October 1942 by Lieutenant-Commander Horler RNZNVR.[5]  However, by the time she was commissioned into service, the minefield in the Hauraki Gulf had been swept successfully.[6]

Upon arrival at Tulagi at the end of April 1943, Breeze came under the operational control of the 25th Minesweeping Flotilla. This flotilla operated under American command while in the Solomons.  Breeze was assigned to night-time patrols and escort duties in the Ironbottom Sound and The Slot area. This was a quiet time in the Solomons as the Japanese had been pushed northwards by the advancing Allies. However, there were still the occasional attacks against American bases located around Guadalcanal.  For instance Breeze was attacked by dive bombers during an escort mission but was undamaged. Breeze along with HMNZS Gale and HMNZS Matai formed the 94th Auxiliary Minesweeping Group within the flotilla. There was one small incident in July 1943 when Breeze collided with a landing ship (tank) USS LST895 off Guadalcanal while patrolling in a monsoon rainstorm. Fortunately the damage was minor and one of the ship’s boats was lost. As radar was fitted to the New Zealand vessels the hazard of collisions was significantly reduced.

By June 1944, the Canterbury Steamship Company demanded that the government get their vessel back to New Zealand to resume service with the company. This was agreed to and Breeze was released from service on 10 November 1944 and sailed for Auckland the next day.  After arriving at Port Chalmers via Auckland on 4 December 1944, Breeze was formally decommissioned from RNZN service on 8 December 1944. After being refitted and the armament removed she was returned to her owners on 22 May 1945.[7]