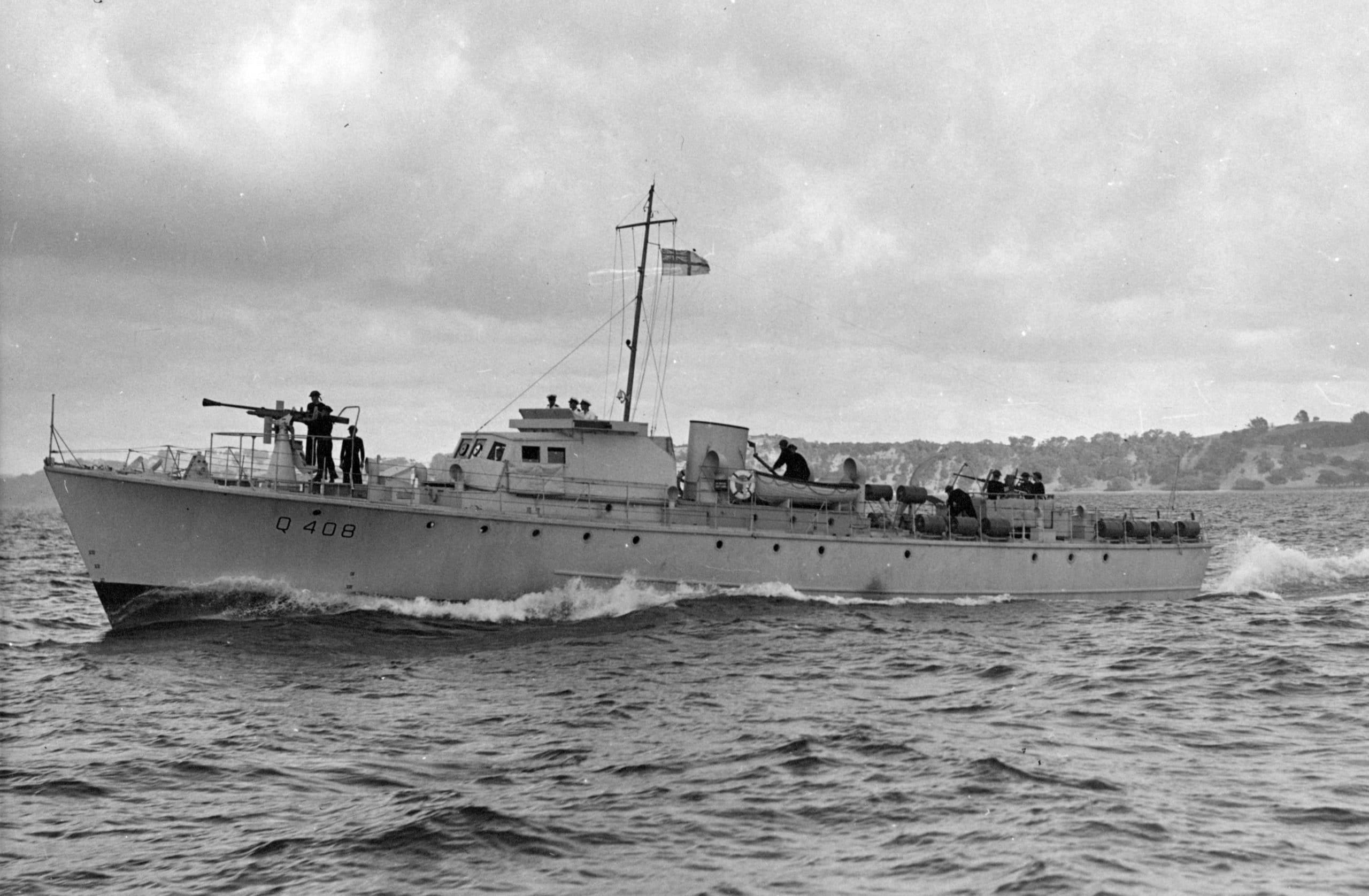 This class of vessel was developed in 1939 by the Admiralty and the Fairmile Marine Co from the Fairmile A-class three shaft launches. During the Second World War these launches were used for anti-submarine patrols off Guadalcanal, Tulagi and the Russell Islands. Additional duties included escorting vessels through the Slot northwards to Bougainville, New Georgia, and the Bismarck Archipelago.

In 1941 the War Cabinet approved the letting of the contract for construction of twelve Fairmile B class patrol craft to the boatbuilders the Lidgard Syndicate. The contract was issued in December 1941 and the last of the vessels was delivered in December 1943.

The work was allocated as follows:

This class of vessel was developed in 1939 by the Admiralty and the Fairmile Marine Co from the Fairmile A-class three shaft launches. During the Second World War over 600 of these vessels were constructed with prefabricated hull parts from the Fairmile Marine Co.[2] The first Fairmiles entered service in October 1942 and the last was commissioned in December 1943. Apart from two that remained in RNZN service, all the vessels were paid off in August 1945.[3]  Initially they were used for harbour patrols until they were replaced by the twelve HDMLs which arrived from their builders.[4]

Deployment into the Pacific

The Solomons is one of the few campaigns in the Second World War where units from the NZ Army, RNZAF and the RNZN operated. During 1943, the 25th Minesweeping Flotilla operated in the Tulagi-Russell Island-Guadalcanal area. From October to December 1943, HMNZS Matai, Kiwi & Tui escorted supply ships to New Georgia and Vella Lavella. From January 1944 the Flotilla moved to the Bougainville Area. The NZ 3rd Division was formed consisting of three battalions and operated under American command in the Solomons. The RNZAF flew missions in the Solomons.

The first four Fairmiles left Wellington in pairs for deployment to the Solomon Islands in January 1944. They were followed by five from Auckland that departed in early February.  The rest followed in March. The route from New Zealand was via Whangaroa Harbour (to top up fuel), Norfolk Island, Noumea and Espiritu Santo before reaching their destination at Renard Sound in the Russell Islands. The minesweeper HMNZS Scarba escorted the Fairmiles as far as Noumea.

The Fairmiles were organised into two six-craft flotillas, the 80th ML and 81st ML. Upon arrival in the Solomons the two flotillas came under the operational control of the USN, responsible to the Commanding Officer South Pacific (COMSOPAC).  The launches were used for anti-submarine patrols off Guadalcanal, Tulagi and the Russell Islands. Additional duties included escorting vessels through the Slot northwards to Bougainville, New Georgia, and the Bismarck Archipelago. The length of service was fifteen months but during that time the vessels did not engage with Japanese forces.  All twelve Fairmiles departed the Solomons in July 1945 and were quickly paid off in August 1945 upon arrival in Auckland.[5]

14 January 1944 – Admiral Halsey proposes that due to the fact that the submarine threat to NZ is now eliminated, the Fairmiles be deployed to the Solomons for anti-submarine patrols and other defence jobs under COMSOPAC command. This is approved by cabinet 25 January. The twelve launches are organised into two six launch flotillas, the 80th & 81st.

7 February 1944 – First group of Fairmiles depart DNB for the Solomons escorted by the minesweeper HMNZS Scarba. The shore establishment Cook II is moved from Tulagi to Renard Sound, Russel Islands and is renamed HMNZS Kahu.

19 June 1945 – COMSOPOC releases 80th Flotilla from its service in the Solomons to return to NZ. They depart 28 June for Auckland escorted by Arabis & Tui. 25th Flotilla is disestablished

[4] The NAPS was wound down when the HDMLs arrived for service.

[6] Even though the active campaign was over for the Solomons, there were many islands still occupied by Japanese forces that had been bypassed and cut off. These had to be kept under surveillance.