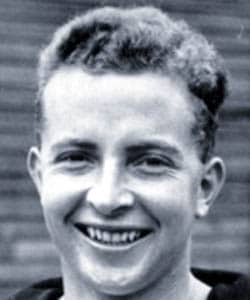 Lieutenant Commander Peter Allan applied  to join the Royal Navy, as a cadet, in 1940.  Upon acceptance he took passage to Britain onboard the New Zealand Shipping Company passenger ship RANGITANE, with a group of Air Force personnel.  Three hundred miles east of East Cape the RANGITANE was intercepted by the German commerce raiders ORION, KOMET and KORMORAN and the passengers and crew were taken aboard the German ships.  The non-combatants were released at Emirau Island but the Air Force personnel and Allan were taken to Germany as prisoners of war.  However as Allan had not formally joined the Royal Navy the British authorities would not give him prisoner of war status, therefore the New Zealand Government entered Allan into the Royal New Zealand Navy Volunteer Reserve for the duration of his stay in enemy hands.

Allan vividly describes the sinking of the RANGITANE, his time as a prisoner on the ORION and in a prison ship on passage to Germany.  He experienced the rigours of German prisoner of war camps and he was a member of the team that dug the tunnels for the Great Escape at Stalag Luft 3.  Released and repatriated to England, Allan was discharged from the RNZVR by mid-1945 and shortly there after finally joined the Royal Navy.

After a distinguished career in this navy, culminating in his promotion to Lieutenant Commander,  Peter Allan retired in 1960.