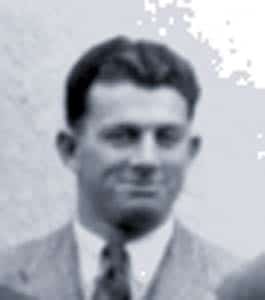 Mr Gladwell was in the first group of apprentices to join HM Dockyard, Devonport, Auckland in 1937.  He trained as an Electrical Fitter and experienced the considerable expansion that occurred during World War II.  He recalls key staff members, the conversion of HMS MONOWAI to an Armed Merchant Cruiser and the local development and fitting of Degaussing coils to combat magnetic mines.

In 1943 Mr Gladwell was sent to the United Kingdom to train as a Draughtsman in Portsmouth Dockyard.  He describes life in wartime Portsmouth and the varied repair work undertaken in the Dockyard.
On return to New Zealand he continued to serve in HMNZ Dockyard before moving to the Ministry of Works in 1957 where he continued to have responsibility for the electrical machinery fitted in the Dockyard.