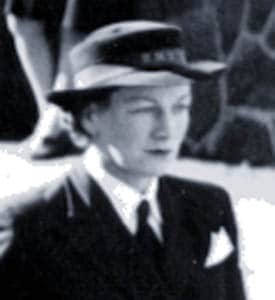 Fourth Officer Wren Veronica Mills – nee Barnes – was a shorthand typist with the Justice Department in Lyttleton when she was offered work as a civilian in the Port Navy Office in that town.  When the Women’s Royal New Zealand Naval Service was formed in late 1942 she joined the service, remaining in her employment at the Port Navy Office until she was promoted to Officer in 1943 which necessitated her transfer to Auckland and HMNZS PHILOMEL. Mills worked as a transport Officer in the transport office, making travel arrangement for seamen going on leave.  Mills describes the life of a Wren Officer in New Zealand during the latter stages of World War II in some detail.

Veronica Mills retired from the Wrens in November 1945, having attained the rank of Fourth Officer.