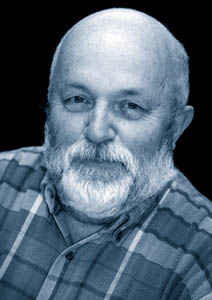 Lieutenant Commander Ken Mutch joined the Royal New Zealand Navy in 1957 as an entry level naval rating.  During his long career in the RNZN he served in the Stores’ Branch onboard most RNZN ships and in many shore establishments.

Major events witnessed by Mutch include the half-life refit of the frigate HMNZS OTAGO and two tours onboard the frigate HMNZS WAIKATO.  WAIKATO was sent to the Indian Ocean for patrol duties in 1982 and 1983 in order to relieve Royal Navy ships that were needed for deployment to the Falkland Islands.  In addition, Mutch was sent from Sri Lanka to the Seychelle Islands to act as a liaison officer there during the time the local military force mutinied and attempted to over throw the incumbent government.

Ken Mutch retired from the Royal New Zealand Navy in 1984 having attained the rank of Lieutenant Commander.

In 1986 Ken Mutch rejoined the RNZN, spending the next five years working as deputy to the Fleet Supply Officer, which included a three month stint in Australia with a supply project team.  In 1991 he transferred to civil staff becoming Senior Internal Auditor and latterly chief Internal Auditor until his retirement in 2005.