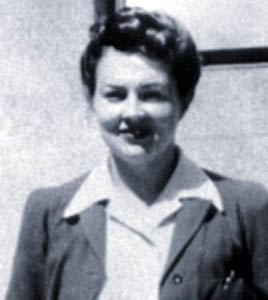 Mrs Audrey Jenkins (nee McPhee) was “called up” as a civilian and, when offered the choice of services, selected the Navy.  She worked at Navy Headquarters in Wellington from 1942-3, clerking in the Confidential Book section, dealing primarily with cryptographic material.  Upon the cessation of W.W.II Jenkins left the navy and from there on worked as a secretary for her husband, a lawyer.

During the second half of the interview Jenkins is joined by Bernice Cook who also worked in Confidential Books at Navy Headquarters.  Both Jenkins and Cook provide a unique glimpse of life and the people in Navy Headquarters during this time.