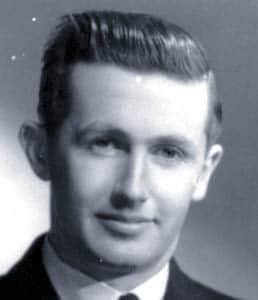 Commander Colin Ashbridge joined the Royal New Zealand Navy in 1946 as a Probationary Stores Assistant, undertaking basic training at the training establishment HMNZS TAMAKI as was customary for the time.

Ashbridge spent considerable time in the Naval Base HMNZS PHILOMEL and at Naval Staff Headquarters in Wellington in the late 60’s where he was Director of Works and Buildings.  He then transferred to the Defence Department when this was formed, to be the Assistant Director of Works.

In 1970 Ashbridge returned to HMNZS PHILOMEL and after a spell as the Deputy Supply Officer was promoted to Commander and became the Fleet Supply Officer on the Staff of the Commodore Auckland.

Colin Ashbridge retired from the RNZN in May 1974 having attained the rank of Commander.