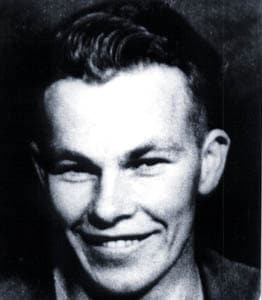 Signalman Albert Banbury joined the New Zealand Division of the Royal Navy in March 1941.  After training in HMNZS PHILOMEL – the ship, he was sent to serve with ships in the Eastern Fleet.  After a short period onboard the cruiser HMS CORNWELL he was posted to Singapore and joined the patrol vessel PING-WO, an ex Hong Kong ferry fitted out as a patrol vessel.  After the fall of Singapore PING-WO sailed to Batavia, Jakarta, and from there towed the Australian destroyer HMAS VENDETTA to Australia.  VENDETTA had been undergoing refit in Singapore and her main engines were not operational at the time of the take over by the Japanese.  Banbury was transferred to the merchant ship ISLANDER which took over towing duty for PING-WO for the final leg of the journey from Fremantle to Melbourne.  Once ashore in Melbourne he by chance “hitched” a lift home to New Zealand onboard the armed merchant cruiser HMNZS MONOWAI to discover that he had been reported missing.

Albert Banbury was discharged from the RNZN in April of 1946 in the rank of signalman.