Lincoln, WO ME Artificer R.E. 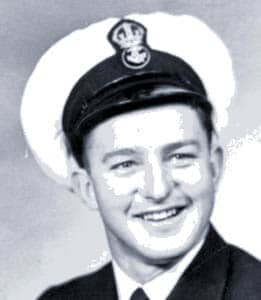 Warrant Officer Rex Lincoln joined the Royal New Zealand Navy as a direct entry Marine Engineering Artificer, due to his experience as a fitter and turner, in 1952.  After basic training at the training establishment HMNZS TAMAKI he was posted to the cruiser HMNZS BELLONA for a period of twelve months before joining the frigate HMNZS HAWEA which was slated for service in Korea.  This never eventuated due to the end of the Korean War.  In 1956 Lincoln was posted to the cruiser HMNZS ROYALIST on that ship’s first commission and again after a period ashore at the naval wireless transmission station, HMNZS IRIRANGI based at Waiouru.  He was the first Chief ERA of the new frigate HMNZS TARANAKI on that ship’s commissioning in 1961.

In May 1964 Lincoln was posted ashore to HMNZS PHILOMEL in order to train apprentice Marine Engineers.  In March 1966 he was a member of the commissioning party for the frigate HMNZS WAIKATO in the United Kingdom.  This was followed by a two year period in HMNZS PHILOMEL as Chief ERA in charge of the Base Maintenance Party, which maintained all the boats – the Commodore’s barge, liberty boats and so on.

Rex Lincoln retired from the RNZN in August 1974 having attained the rank of Warrant Officer.