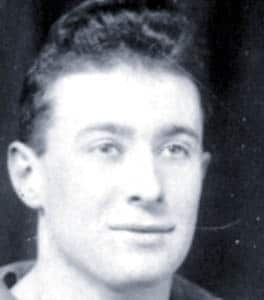 Able Seaman Arthur Ball-Guymer joined the New Zealand Division of the Royal Navy in 1922.  After training at HMS PHILOMEL as a seaman boy he served onboard the cruisers HMS CHATHAM and HMS DUNEDIN.

He went to the United Kingdom for gunnery training in 1926 and served in the battleships HMS IRON DUKE and HMS REVENGE.  On returning to New Zealand he was posted to the cruiser HMS DUNEDIN once more and was onboard that ship when it went to the aid of the citizen’s during the Napier Earthquake.

Further training in the United Kingdom followed, which led to Ball-Guymer being onboard the battlecruiser HMS NELSON during the time of the Invergordon Mutiny.  Returning once more to New Zealand and after performing service onboard HMS DUNEDIN during the 30’s, he retired from the New Zealand Navy in 1936.

In 1939, with the outbreak of World War II, Ball-Guymer was recalled to naval service and was posted to the cruiser HMS LEANDER until 1943, where he was landed in Santos just after the Kolombangara episode to be in charge of an Advance Ammunition Base of New Zealand ammunition.  Ball-Guymer returned to New Zealand in late 1944 and was discharged from the RNZN some six months later, as an able seaman.