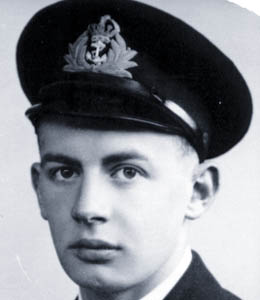 Commodore Fred Bland joined the RNZN in 1943.  He undertook training at the Royal Naval College, Eaton Hall and at Keyham the RN Engineering College.  He specialised as a Gunnery (Ordnance) Engineer.

Commodore Bland returned to New Zealand in 1949 after service in HM Ships BELLONA and BLACK PRINCE.  He was posted to HMNZS Dockyard, Devonport as the Assistant Engineer Manager.

Then followed a series of postings to the cruiser HMNZS ROYALIST, HMNZ Dockyard, Joint Service Staff College and in 1960 as the Engineer Officer of HMNZS  ROYALIST on promotion to Commander.

Following a posting as Engineer Manager of HMNZ Dockyard Commodore Bland was posted to the Technical Directorate at Navy Headquarters in a series of posts culminating as the Chief of Naval Technical Services.  Whilst at Navy Headquarters he was responsible for the management of a number of ship acquisition and development projects which he describes in some detail.  In 1975 Fred Bland was posted as The Head of the NZ Defence Liaison Staff in London from which post he retired in 1980.