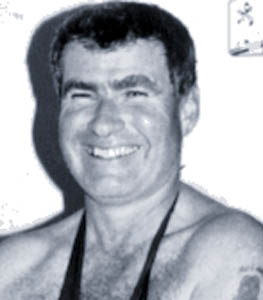 Lieutenant Philip Murch joined the Royal New Zealand Navy in 1970 as a Junior Communications Operator.  In May 1988 he received his permanent commission in the RNZN.  In his long career he served onboard various RNZN ships and in many RNZN shore establishments, however the transcript held by the RNZN Museum only details his United Nations service in Cambodia.

In March 1993 Murch was part of the RNZN Detachment to the United Nations Transitional Authority (UNTAC), Cambodia and became Deputy Commander of the second New Zealand naval team to be stationed in that country as part of the United Nations force supervising elections.  Upon arrival he was made Commander of an observer force detachment at Koh Kong, which is about five miles from the Thai/Cambodian border in the south.  He had twelve in his team which included British and Canadian personnel as well as one other New Zealander.  Part of Murch’s job was to monitor the moratorium on logging and also to monitor smuggling of arms and other banned products such as rice.  The observer force was also responsible for supervising the election and escorting international observers to and from the various polling stations in the area.

Half way through his deployment Murch took over the post of Officer In Command of the river base at Phnom Penh.  During the hand over period however Murch was severely injured in a boat incident on the Mekong River, almost losing his arm in an argument with an outboard motor, which resulted in a lengthy stay in hospital.  He spent the remainder of his deployment on the staff at Naval Headquarters in Phnom Penh recuperating, before returning to New Zealand.