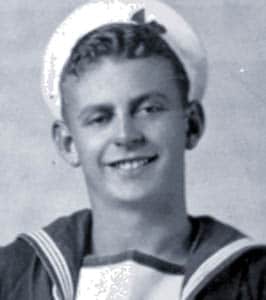 Stores Petty Officer Ian Hunt joined the  New Zealand Division of the Royal Navy as a Boy Signalman in  April 1932.  He qualified as a signalman, but while serving in the cruiser HMS LEANDER in 1938 he was transferred to the Supply Branch due to eyesight problems.  He stayed in HMS LEANDER until 1941.  Stores Petty Officer Hunt spent most of World War II in the various shore establishments of the RNZN as a Petty Officer, as well as spending time in Fiji at the small Naval Base.

Ian Hunt retired in April 1947 having attained the rank of Stores Petty Officer.