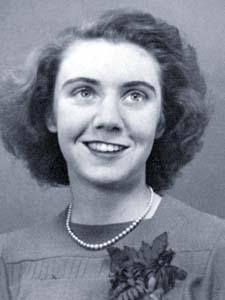 Mrs Jeffery was born in 1924 and raised on the outskirts of London.  She was a school girl when war with Germany and her allies was declared.  In October of 1940 the family home in Surrey was bombed resulting in Mrs Jeffery having to undergo surgery to repair a tear in her heart.  Upon recovery she went to Devon to continue with her schooling for a further eighteen months before joining the Wrens, ostensibly as a wireless operator.  She was trained, with an emphasis on Morse Code and Japanese Morse, at a variety of establishments including New College in Finchley Road and HMS FLOWERDOWN, North Winchester.

She volunteered for an overseas posting and because of her specialisation in Japanese Morse, was posted to Ceylon (Sri Lanka) where she remained for two years until the war came to an end.  Mrs Jeffery returned to England, married and remained there until 1958 when she and her husband immigrated to New Zealand.

Mrs Jeffery spent many years working as a librarian and information officer at the British High Commission in Auckland, for which she was awarded an M.B.E.