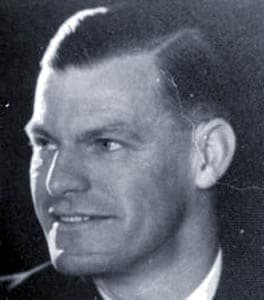 Commander William Minchall joined the Canterbury Division of the Royal New Zealand Naval Volunteer Reserve in 1928.  During the 30’s he undertook sea training onboard the cruisers HMS DUNEDIN, HMS DIOMEDE and the minesweeper HMS WAKAKURA.  At the beginning of World War II he was commissioned as an Officer.

Early on in the war Minchall became a specialist in degaussing, which is a means by which magnetic mines are countered.  He spent much of the war in this field and describes his role in the development of this technology and in bomb disposal operations.  Minchall was also involved in the establishment of defensive mining around the New Zealand coast.  Later in the war he became a specialist in naval ordnance.

Minchall retired as a Commander in 1948 and latterly headed the Naval Armament depot at Kauri Point until his retirement from the position in 1974.  In 1968 he received the Order of the British Empire.