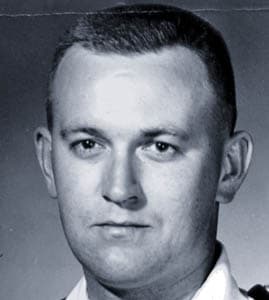 Captain Terence O’Brien joined the Royal New Zealand Navy as a Cadet Midshipman in 1955 and began his training, at the Royal Australian Naval College, which was, at the time, sited at the Flinders Naval Depot outside Melbourne.   Two and a half years later, following sea time in the training ship HMAS SWAN, O’Brien was posted to the United Kingdom for further training at Britannia Royal Naval College.

Late 1958 saw O’Brien return to New Zealand to join the cruiser HMNZS ROYALIST for further junior officer sea training.  In September 1960, he returned to the United Kingdom to undertake his professional marine engineering training at the Royal Naval Engineering College in Plymouth.   After graduating in late 1964 he rejoined HMNZS ROYALIST, in the rank of Lieutenant, as the senior engineering watchkeeping officer and experienced the drama of the ship’s breakdown in the Coral Sea in November 1965.   In mid 1966 he was appointed Assistant Marine Engineer Officer of HMNZS BLACKPOOL on commissioning in Chatham Dockyard, U.K.   Promoted to Lieutenant Commander he served as Marine Engineer Officer of HMNZS OTAGO and in shore appointments in Auckland and on the Naval Staff in Wellington.   In 1969 he returned, again, to the United Kingdom to stand by the building of HMNZS CANTERBURY at Yarrows Shipbuilders Ltd., in Scotstoun, Glasgow.

Service ashore followed back in New Zealand and by 1978 he began what would be a long association with dockyards, initially working  in the Royal Naval Dockyard, Devonport, United Kingdom and then as Engineer Manager of HMNZ Dockyard, Auckland.   In 1984 he was promoted to Captain and appointed to the post of Captain Superintendent, HMNZ Dockyard, and as Chief Executive oversaw the transformation of the dockyard to a commercial entity which culminated in the complex being leased to the British-based firm of Babcock New Zealand for ten years, although the Navy retains ownership of the Dockyard.

Terence O’Brien retired from the RNZN in the rank of Captain on the 31st August 1993 but remained as CEO as a civilian until Babcock NZ took over on 1st August 1994.